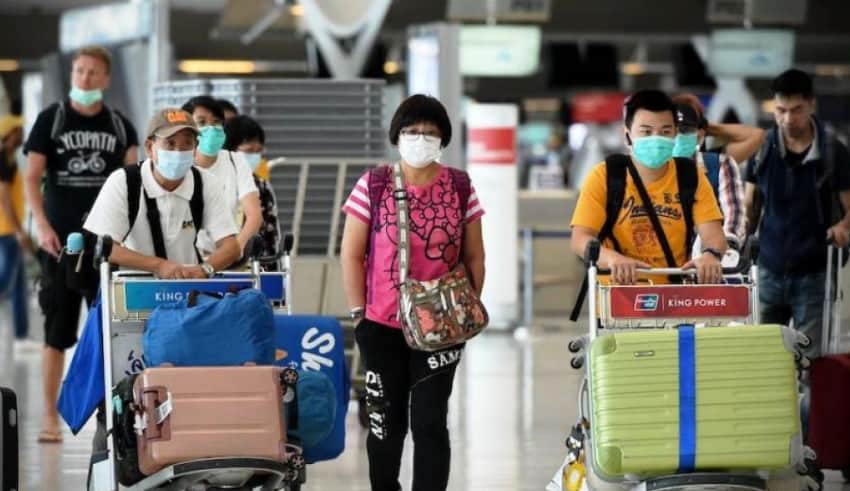 Thailand’s Deputy Prime Minister Somkid Jatusripitak reports the Thai government is considering easing entry restrictions for foreign visitors. Entry restrictions could be possibly eased in the third or final quarter of this year.

He said the relaxing inbound travel restrictions is the first step in kick starting Thailand’s tourism industry. Even more the government must be prudent in screening travellers and also implementing an efficient tracking system. Above all to reduce the risk of a second wave of covid-19 into Thailand. Mr Somkid said visitors from countries where Covid-19 outbreaks have been contained are likely to be the first to get the green light. He also said that the issue has already raised the issue with Prime Minister Prayut Chan-o-cha. “It doesn’t have to be an entire country — we can allow visitors from towns or provinces which are free from the coronavirus. Travel restrictions will be gradually eased and foreign visitors are expected to return in the third or fourth quarter of this year,” he said.

According to Mr Somkid, stimulating local spending and tourism are vital to kick starting Thailand’s economic recovery. Especially considering the sluggish imports at the moment. The Finance Ministry is also considering a fresh stimulus package. This too will be rolled out in the third quarter to coincide with the easing of travel restrictions. He also said  domestic tourism is picking up after the third phase of lockdown easing. The new stimulus package will hopefully lure more Thai people to domestic travel. Prompting spend that will help the recovery momentum. “We hope the stimulus package will keep the momentum all the way to early next year. We expect the import sector to also bounce back next year. But if it doesn’t, the Finance Ministry will have to figure out how to help the people,” he said.

Meanwhile Deputy Prime Minister Wissanu Krea-ngam, signaled that the emergency decree could be extended. Mr. Wissanu, who oversees legal affairs, has been tasked by the Prime Minister to find other laws and measures that can be used as an alternative to battle possible second round of the virus. He said extending the emergency decree is one option the government is considering to curb the risks of a second wave. He noted that the emergency decree enables swift action and coordination. Using the Communicable Diseases Control Act could be too cumbersome. Without the decree, officials assigned by the Public Health Minister under the Communicable Diseases Control Act. Officials cannot integrate their operations with military officials, he said. The decree has allowed for the smooth implementation of the government’s 14-day mandatory quarantine program for returnees. He said the decree enables returnees to be brought from Suvarnabhumi airport to the state quarantine facility without delay. “I can’t imagine such operations proceeding under the Communicable Diseases Control Act.” “It is possible to extend the enforcement of the emergency decree. It is also possible to extend it and remove measures such as the night curfew and allow public gatherings.”