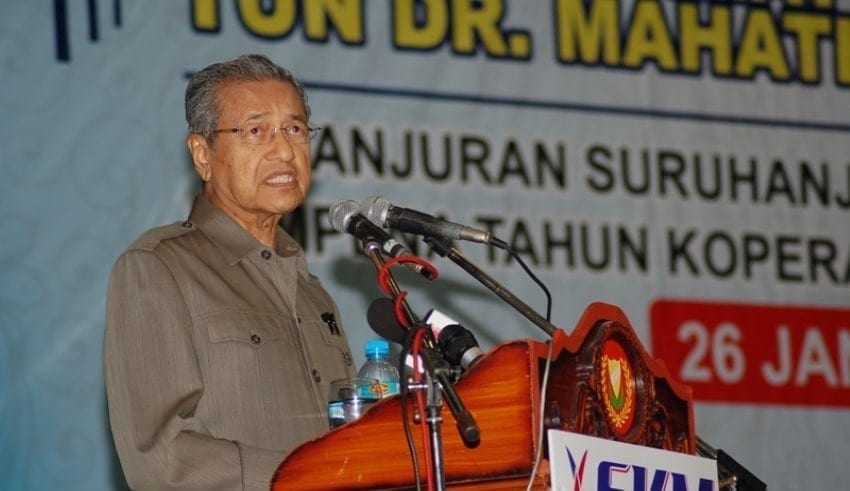 KUALA LUMPUR – Former prime minister Dr Mahathir Mohamad has called on the government to respect the King’s advice and stop unsavoury political actions against those who oppose them.

The comments came after the decree was made by Yang di-Pertuan Agong Al-Sultan Abdullah Ri’ayatuddin Al-Mustafa Billah Shah that parties and the government should stop politicking and prioritized the combat against the Covid-19 pandemic.

Mahathir said that while the opposition lawmakers respect the advise of the King, the government politicians should also stop politicking and deprive the freedom of politicians who does not support the government.

The Langkawi MP, said in a statement that both opposition and government should comply with the directives from Yang di-Pertuan Agong Sultan Abdullah Sultan Ahmad Shah so the country can better handled the third wave of the Covid-19 pandemic.

He added that the government needs to stacking sacking politicians, suspending allocations for the opposition and preventing the registration of new party.

Read Also | No need for a state of emergency, says Agong

Mahathir said that Pejuang will comply with the King’s advise to help further strengthen and esure the political stability to help curb the spread of the virus.

The King yesterday denied the call from the Muhyiddin’s government to declare an emergency, saying that the government has succeeded in handling the pandemic. Comptroller of the Royal Household Ahmad Fadil Shamsuddi said that the King felt no need for MPs to act irresponsibly which could somehow affect the stability of the current government.