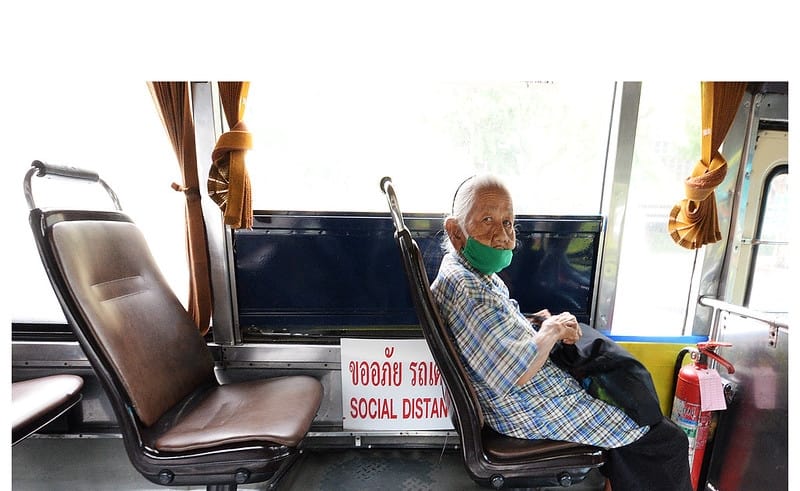 A group of activists petitioned the Civil Court to revoke the emergency decree imposed to curb Covid-19 's spread, saying it would affect their rights to public assembly by extending it until the end of this month.
C) Flickr Ian Guttridge

A group of activists petitioned the Civil Court to revoke the emergency decree imposed to curb Covid-19 ‘s spread, saying it would affect their rights to public assembly by extending it until the end of this month.

Nimit Thian-udom of the People Go network said on Ratchadaphisek Road that he had filed a complaint with the appeal. June 24 Democracy Group member Somyot Phrueksakasemsuk, Commoners Party chief Lertsak Khamkhongkham, and their backers have assembled placards in front of the court asking for the lifting of the state of emergency. Police and law enforcement officials were mobilized to maintain peace.

Mr Nimit, who is also a leader of the People’s Welfare State Network, said he felt the need to lodge a petition because the party intended to stage a meeting next Monday in front of the United Nations building on Ratchadamnoen Nok Road to call on the Prime Minister to approve a bill on national pensions.

Over 10,000 people have signed a bill supporting petition but it has been on hold for nearly five months. All it needed was the signature of the prime minister, Mr. Nimit said, so that it can be tabled for discussion in parliament. Having regard to this, an extension of the decree until the end of this month had effectively limited the right of assembly of the party, Mr Nimit said.

Previously, the prime minister, Prayut Chan-o-cha, said the extension would not affect the right of assembly of people, and that those who wanted to hold rallies only needed to inform the authorities of their plans beforehand.

In spite of this, Nang Loeng police were notified about their proposed rally by the party, only to be told they could not conduct it as it might break the emergency decree. He said Thailand’s Covid-19 crisis had ended, and the emergency declaration could be substituted by regular laws such as the Communicable Disease Act.