The Asian Affairs > Latest News > Lifestyle > Everything You Need To Know Before Climbing Mt. Kilimanjaro 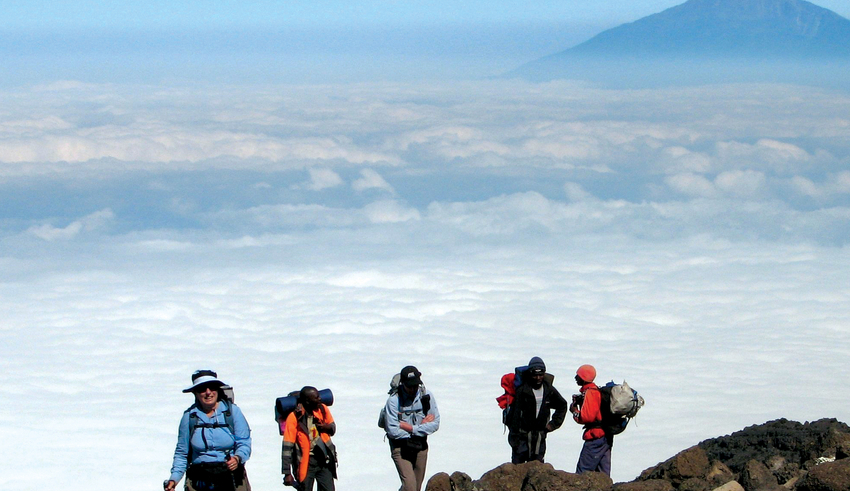 Mount Kilimanjaro is one of the most well-known mountains in the world, and it even appears in the opening credits of The Lion King. It dominates the landscape of northern Tanzania, close to the Kenyan border in a region of Africa called the Great Rift Valley by geologists.

Kilimanjaro is an extinct volcano that rises to a height of 19,341 feet (5,895 meters), making it nearly twice as tall as Mt. Apo, the highest mountain in the Philippines, which stands at 9,692 feet (2,954 meters). The last time Kilimanjaro erupted was over 400 years before the birth of Juan Ponce Enrile, so we should count ourselves lucky.

Mt. Kilimanjaro, often known as “The White Mountain,” is one of the Seven Summits, or the highest mountains on each of the seven continents. Everest in Asia, Aconcagua in South America, Denali in North America, Elbrus in Europe, Vinson Massif in Antarctica, and either Kosciuszko in Australia under the Bass list or Carstensz Pyramid in Indonesia under the Messner list make up the other peaks.

Only around half of the 35,000 climbers who tackle Kilimanjaro’s steep slopes are successful each year, but you don’t need a Sherpa to make the ascent. It takes the ordinary Filipino only a few years of saving, a few months of planning, and anything from five to ten days of constant trekking to reach the peak of Mount Kilimanjaro. Lots of Filipinos have made it to the edge of her ice cap. With these pointers, you can do it too!

Choose your own adventure

What kind of experience you have on your trip depends on several factors, including the route you choose and the outfitter you choose. Top Climbers Expeditions, led by experienced mountaineers, was our top pick (we all made it).

Flying from the Philippines to Dar es Salaam, the charming coastal city of Tanzania, covers about 10,000 kilometers. To get a feel for the local flavor and culture before travelling to the departure cities of Arusha or Moshi, some 600 kilometers away, we advise checking out the city’s marketplaces, museums, and ivory beaches.

Mt. Kilimanjaro has seven well-established ascent routes and two descent routes plus supply lines. Climbers can choose between the hospitable and moderate Marangu Route or the challenging and straight Umbwe Route. We hiked the Lemosho Route because it is the most beautiful and has the best chance of reaching the peak because of its moderate gradient. Starting at Lemosho Gate and ending at Mweka Gate is around 70 kilometers and takes about eight days to accomplish, as our expedition guide, Rofil Sheldon Magto, describes.

Over the course of eight days, you and your climb-kada will go through a variety of environments, including pine woods, cloud forests, wet moorlands, dry alpine deserts, and the frozen alpine zone, where the sun’s rays and wind dance like fire and ice.

Although Kilimanjaro may be climbed at any time of the year, the best times to do so are in the dry and safe months of July to October or December to mid-March. The rainy season is not ideal for climbing because of the heavy snowfall and slippery muck that you and your guides will have to wade through.

Plan for travel delays, cancellations, and missed connections by include additional days in your schedule. Our teammates were separated for three days because a sudden blizzard grounded planes in the region. However, unlike Tom Hanks in The Terminal, they were not given entrance VISAs and hence had to endure an extended stay at the airport.

Singapore didn’t impose COVID restrictions on Chinese tourists unlike others

Save up and prepare

Don’t underestimate the importance of making a sensible budget. The cost of your climbing guide and airfare from the Philippines to Dar es Salaam, Tanzania’s capital, will be the two largest outlays. Rofil cautions his reader to be aware of less expensive outfitters who could skimp on essential services. Though it’s still not inexpensive, Mount Kilimanjaro is the most reasonably priced of the Seven Summits. It is estimated that a climber may get by with $3.6K (P200,000), which includes round-trip airfare, travel and climb insurance, visa fees, lodging, meals, gratuities, and souvenirs. To minimize potential danger, you should not bring P200,000 (or its USD equivalent) in cash. Of course there is criminality in Africa, just like there is everywhere else. Make as many in-advance payments as possible using safe credit or debit cards, and divide your cash among many bags.

Finally, keep in mind that Africa is one of the places where tips are most valued. Six of us climbed together and split the cost of a decent tip for the 22 porters and guides who helped us along the way. In addition to bolstering the reputation of us Pinoy climbers, generous tipping helps industrious Africans provide for their families.

You should spend as much time as possible here because it is the most important aspect of your trip. Because it’s a global ascent, it might appear intimidating and complicated, so it’s best to prepare as much as possible in advance. “The cost and availability of airfare, hotel rooms, and climbing times all change often,” advises Rofil. Get your visas as soon as possible, and don’t forget to get travel and outdoor recreation insurance.

Here you may purchase travel and climbing insurance as well as arrange for your visas.

It’s important to keep in mind that vaccinations are required for clearance of African immigration. Yellow fever, malaria, typhoid, polio, diphtheria, hepatitis A and B, and tetanus vaccinations are also recommended, along with the whole COVID series and booster injections. For the most part, you may get these through the local Bureau of Quarantine or from bigger hospitals (BOQ). Make sure to schedule these vaccinations months in advance, and always have your yellow BOQ vaccination passbook with you.

As vaccination regulations in Tanzania are subject to change, it is important to regularly check the government’s website.

Buy, fix or alter your equipment ahead of time from trustworthy businesses like Decathlon and ROX. Insulated shoes, a down jacket, gloves, ear protection, and sunglasses are must-haves.

Life-saving redundancies exist. My summit day planning error was packing a water bladder. In spite of the fact that my body heat prevented the bladder from freezing over, the water within the drinking hose did freeze solid. Luckily, I packed two additional tumblers worth of water.

The majority of outfitters also provide climbing equipment rentals. Spend as little as possible, except for warm clothing and gear for the winter. Rent heated sleeping bags, which are worth their weight in gold. Imagine how cold you’ll be at 20 degrees below zero in your soft sleeping bag at the peak of Mount Pulag. Having the right equipment might be the difference between a peaceful night’s sleep and enduring discomfort till morning.