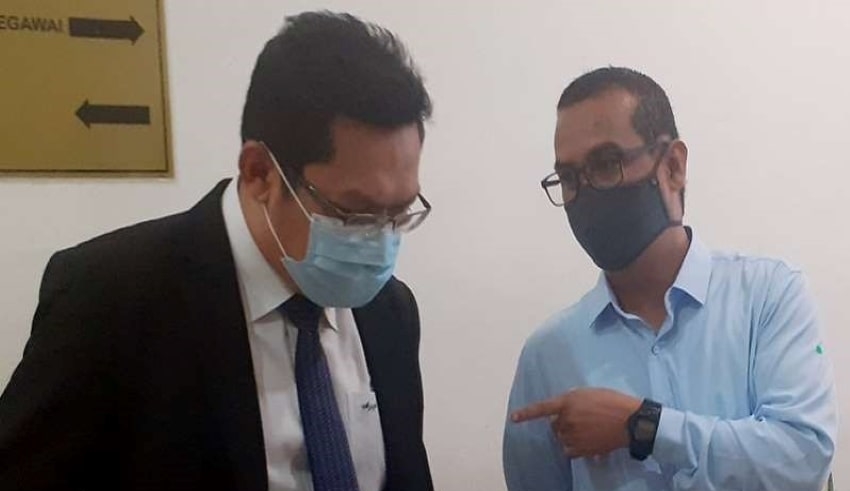 A former senior assistant secretary to the ministry was charged with two counts of collecting RM100,000 in bribes related to the issuance of tenders to supply and distribute bio-fertilizers to a company.
(C) MSN

SHAH ALAM: At the Sessions Court here today, a former senior assistant secretary to the ministry was charged with two counts of collecting RM100,000 in bribes related to the issuance of tenders to supply and distribute bio-fertilizers to a company.

Shahrulzaman Jaafar, 43, reported to have been tried on both counts. He was formerly with the Ministry of Agriculture and Food Industries.

He was also indicted last week at the Kuala Lumpur Sessions Court for three different offenses. The first to demand RM2 million in bribes and the other two to obtain RM125,000 in cash in total. The offenses were also related to tenders for the procurement and distribution to three different companies of bio-fertilisers.

Today, Shahrulzaman was charged with accepting RM70,000 in cash from one Hazrul Hisyam Hassan as an incentive to help the latter win a tender for the supply and distribution of bio-fertilisers under the Development Incentive Scheme for KIIK Resources Sdn Bhd totalling RM37,478,572.55.’

The crime was allegedly committed on May 12 of last year on the side of a road near Serdang Hospital.

Shahrulzaman was also charged with accepting RM30,000 in cash from Hazrul for the same purpose on Sept 21, last year. The offence was allegedly committed in front of a convenience store in Puchong on the same date.

The charges were read out before Judge Rihaida Rafie and framed in accordance with Section 16(a)(A) of the Malaysian Anti-Corruption Commission Act 2009, which provides for up to 20 years in prison and a fine of not less than five times the amount demanded or RM10,000, whichever is greater if found guilty.

Last week, Shahrulzaman was accused of accepting RM40,000 in cash from Hazrul at the Kuala Lumpur Sessions Court, and his lawyer Azizzul Shariman Mat Yusoff said the Shah Alam Sessions Court had set Jan 27 as next mention before the prosecution’s decision on whether to move the case for trial to Kuala Lumpur. The court allowed bail at RM10,000.