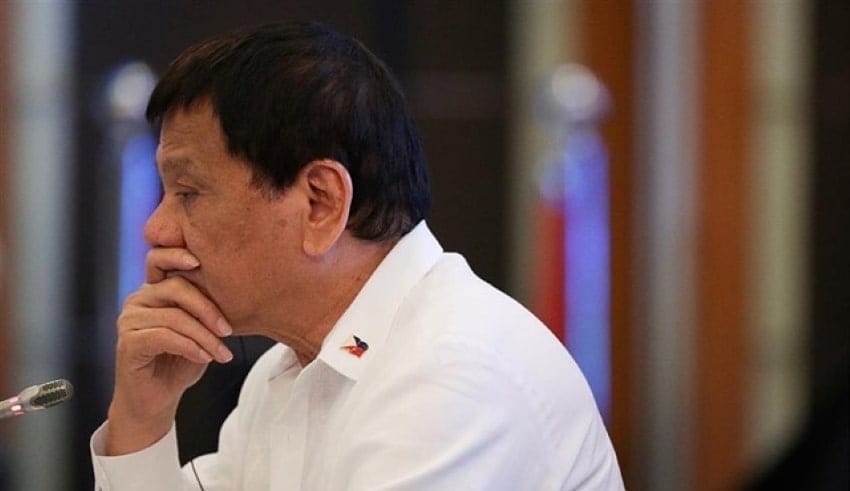 President Rodrigo Duterte has maintained that even though its franchise is extended, the broadcasting company will not be permitted to work until its owners pay their outstanding taxes.
(C) Flickr, Religion Digital

Despite the tax office has confirmed that ABS-CBN pays taxes on a daily basis, President Rodrigo Duterte has maintained that even though its franchise is extended, the broadcasting company will not be permitted to work until its owners pay their outstanding taxes.

In view of this, Duterte shared that while it is within the authority of Congress to award a new franchise to the television network, the granting of a license to operate by ABS-CBN would be like awarding a prize for criminal act because of its presumed unsettled taxes.

One of the concerns raised during the Legislative hearings on the bill proposing to award the network a 25-year franchise was the suspected tax delinquency of ABS-CBN. During one of the heating cycles, ABS-CBN routinely pays taxes and did not have an unpaid overdue record with the company. Between 2016 and 2019, the broadcasting company paid taxes of more than P15.3 billion

Consequently, The ABS-CBN franchise bill was defeated by the House Legislative Franchise Committee last July, a decision generally viewed as an assault on press freedom. The shutdown has caused the network to lay off thousands of its workers as the COVID-19 pandemic is being grappled with in the Philippines.

Along with this, The Senate President Vicente Sotto III and Deputy Speaker Vilma Santos Recto filed fresh ABS-CBN franchise bills last month, but some lawmakers admitted that Malacañang’s backing would be needed for the adoption of the steps.

Meanwhile, Presidential Speaker Harry Roque reported that Duterte had received information that ABS-CBN had sold its properties to an SPV or a special-purpose vehicle, an agency capable of restructuring debts and carrying out other activities related to restructuring. Any of the debts owed to the Development Bank of the Philippines by ABS-CBN were allegedly forgiven and the network was able to obtain its assets.

Morever, Duterte accused ABS-CBN during the 2016 polls of distributing junk reports about him had begun an investigation on the matter, but stopped when the Lopezes, the family that owns the network, was still interested in the issue.