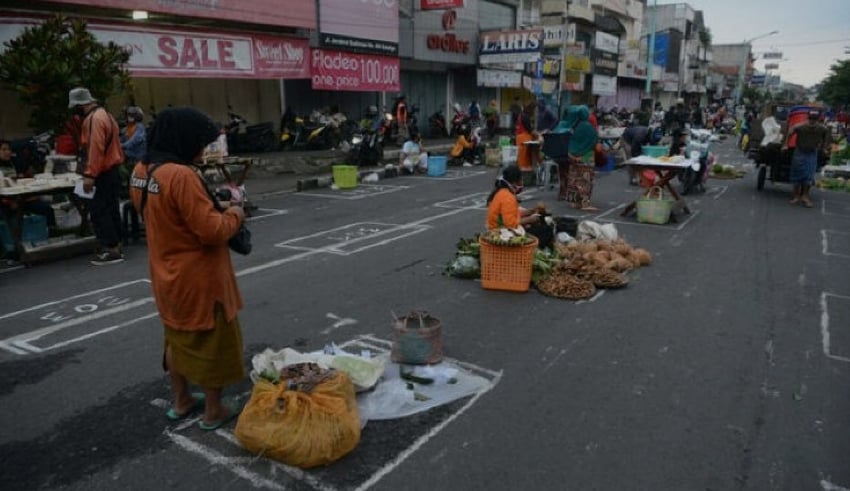 Covid-19 pandemic has made the market deserted buyers. In fact, not a few markets also decided to close their operations. Especially since the government enacted the existence of Large-Scale Social Restrictions (PSBB) in a number of areas.

To overcome this, Trade Minister Agus Suparmanto has asked traditional markets across the country to remain open to prevent sellers from incurring losses.

Data from Statistics Indonesia (BPS) shows in last year more than 2.8 million sellers traded at over 15,600 markets across the country.

Customers are worried and have stopped going to markets to shop for groceries in compliance with the government’s social restrictions to contain the unfolding COVID-19 outbreak, which has infected more than 11,000 people nationwide.

Certainly, the main objective of opening a market is to meet the availability of essential and important goods for the community.

Agus said markets could stay open while complying with health protocols and by offering online grocery shopping services like those in Jakarta. Besides, markets could also split sellers into two groups so that they could take turns operating.

City-owned market operator PD Pasar Jaya, which manages more than 105,200 stalls at 153 markets across Jakarta, is facilitating online shopping by providing a list of sellers’ phone numbers on its website and social media accounts, allowing customers to directly contact sellers and have them deliver groceries via app-based motorcycle taxi or ‘ojek’. On the other hand, House of Representatives Commission VI overseeing trade and small and medium enterprises (SME) agreed with the minister, by saying regional administrations could move some sellers to temporary markets in cleaner and more open spaces.

In the midst of homecoming ban, Minister of Transportation reopens all transportation modes - The Asian Affairs