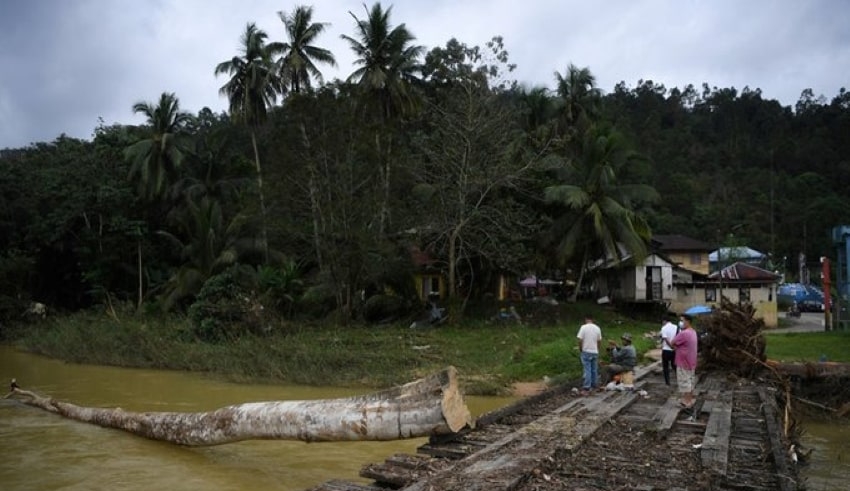 Flooding has worsened in three Malaysian eastern coast states, with more than 21,000 people sheltering in centers for flood relief and sections of the East Coast Expressway (ECE) closed to traffic.
(C) fmtoday

Flooding has worsened in three Malaysian eastern coast states, with more than 21,000 people sheltering in centers for flood relief and sections of the East Coast Expressway (ECE) closed to traffic, the authorities said yesterday.

In the annual monsoon season, at least four flood-related deaths have been confirmed.

A 41-year-old man who died from electrocution while wading through the waters of his house in Pahang was the latest survivor.

It was assumed that Mr. Isyraf Muhammad had touched the iron pole of a garage in the house’s flooded compound.

Pahang state was the hardest hit on the basis of daily alerts issued yesterday by the National Disaster Command Centre, with 20,575 victims forced to be evacuated to 241 relief centres.

In two other eastern coast states, Kelantan and Terengganu, the number of people evacuated stood at 559 and 411, respectively.

The ECE is the main highway connecting the states of Terengganu and Pahang to Kuala Lumpur.

On Facebook, highway concessionaire ANIH Bhd said that a portion of the ECE was temporarily closed to vehicles because the four-lane road had been flooded by floodwaters.

During the monsoon season, which usually begins in November and lasts for around four months, Pahang, Terengganu, Kelantan and eastern Johor face the South China Sea, which is lashed by strong currents and winds along with heavy rain.

On Tuesday evening, Johor reported 1,036 families housed in relief shelters.
Although the rainy season this year is worse than in previous years, it is a far cry from the floods endured between December 2014 and January 2015, when more than 200,000 people were evacuated and thousands of homes were washed away by raging muddy floodwaters in Tumpat, Kelantan.

In the eastern coast states of the peninsula and in the Borneo state of Sabah this week, the weatherman has predicted continuous heavy rain across coastal areas.

“Most areas in the west coast of the peninsula, Sarawak and Sabah are expected to experience thunderstorms and heavy rain along with strong winds, especially in the evening until early night,” the Malaysian Meteorological Department said in a statement yesterday.

It added that in low-lying areas, this would lead to flash flooding.