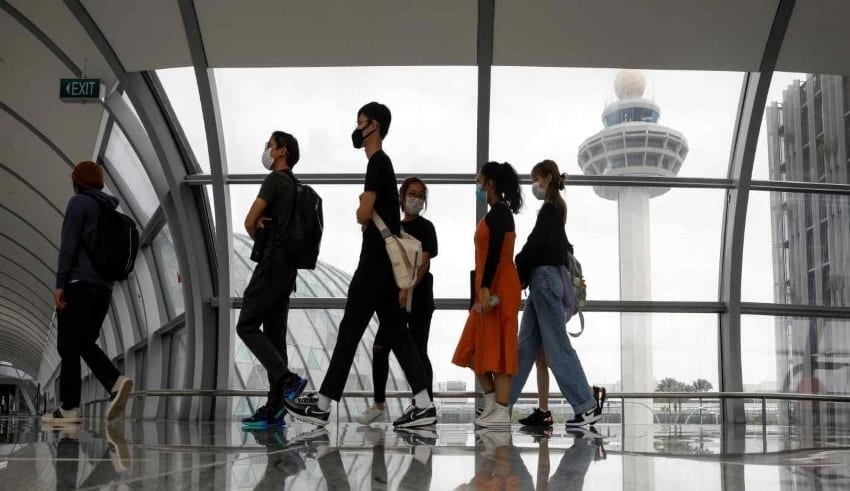 SINGAPORE – As part of their efforts to revive the region’s ailing tourism industry, members of the Association of Southeast Asian Nations are considering a digital coronavirus vaccine certificate.

Allowing people who have been inoculated against COVID-19 to travel may help resurrect an intraregional industry that had surpassed 50 million annual tourist arrivals prior to the pandemic.

According to Azmin Ali, Malaysia’s minister of international trade and industry, representatives from the ten countries addressed the concept of a shared certificate during the two-day ASEAN Economic Ministers meeting that ended Wednesday.

He told reporters that the ministers “shared their national efforts on the vaccination program” and agreed that “speeding up the introduction of the vaccines” would help spur economic recovery.

“The economic ministers also deliberated on the possibility of introducing a common digital vaccine certificate, especially to speed up the opening up of sectors most hard hit, such as the tourism industry.”

“This will help re-engineer both demand and supply that would help boost recovery as well as further spur the growth of economies across the RCEP regions,” he said.

He made no mention of Myanmar’s situation, despite the fact that ASEAN foreign ministers had held a special meeting on the crisis the day before.

The economic discussions included “efforts to further advance digital connectivity in the area, maintain supply chains on critical goods, and recognized the value of ratifying” RCEP, according to Singapore’s trade and industry minister, Chan Chun Sing, who posted on Facebook.A smartphone-based evidence of inoculation is referred to as a digital coronavirus vaccine certificate. Other countries and regions have launched or are planning to launch similar certificates, dubbed “vaccine passports” by the media.