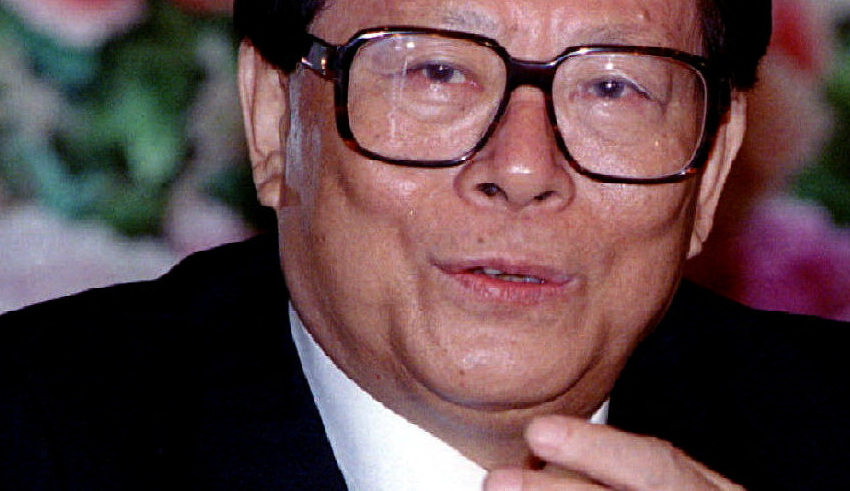 Former Chinese president Jiang Zemin, who oversaw a decade of strong economic growth following the 1989 Tiananmen Square crackdown, passed away on Wednesday, November 30, at the age of 96, according to Chinese state media.

Jiang died of leukemia and multiple organ failure shortly after noon on Wednesday in his hometown of Shanghai, according to Xinhua news agency, which published a letter to the Chinese people from the ruling Communist Party, parliament, Cabinet, and military.

“Comrade Jiang Zemin’s passing is an incalculable loss for our Party, our military, and the Chinese people of all ethnicities,” the letter said, adding that the news was shared with “deep sorrow.”

Jiang’s passing occurs during a tumultuous period in China, when authorities are coping with rare, massive street protests by locals fed up with strict COVID-19 restrictions nearly three years into the pandemic.

The zero-COVID policy is a signature of President Xi Jinping, who recently secured a third leadership term, solidifying his position as China’s most powerful leader since Mao Zedong, and who has led China in an increasingly authoritarian direction since replacing Jiang’s immediate successor Hu Jintao.

China is likewise experiencing a severe economic recession made worse by zero-COVID.

“The Sisterhood,” a prequel to “Dune,” starts shooting

A user from the province of Henan remarked, “I’m quite sorry not only because of his departure, but also because I feel like an era has ended.”

A Beijing Weibo user wrote, “As if what has transpired wasn’t enough, 2022 notifies people in a more severe way that an era has ended.”

State media websites, including People’s Daily and Xinhua, changed their online pages to black and white in a show of respect.

In a letter dated Wednesday, “our dear Comrade Jiang Zemin” was hailed as an excellent leader of high renown, a great Marxist, statesman, military strategist, and diplomat, as well as a seasoned communist fighter.

Jiang was plucked from obscurity to head China’s ruling Communist Party after the 1989 crackdown on pro-democracy protesters at Tiananmen Square, but he broke the country out of its subsequent diplomatic isolation by mending fences with the United States and presiding over an unprecedented economic boom.

At the time of Jiang’s retirement, individuals close to the leadership claimed that wherever Hu looked, he would find Jiang’s followers.

Jiang had filled China’s most powerful leadership body, the Politburo Standing Committee, with his own protégés, including many members of the infamous “Shanghai Gang.”

In the years following Jiang’s 2004 retirement from his final job as chairman of the military commission, Hu strengthened his control, neutralized the Shanghai Gang, and effectively crowned Xi as his successor.