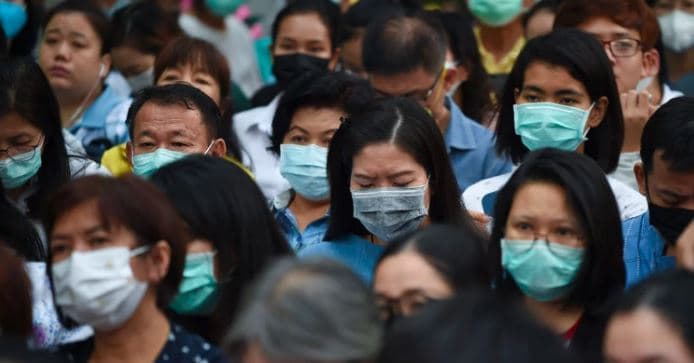 The Public Health Ministry on Thursday reported four new local coronavirus disease (Covid-19) cases – men aged 20-42 years who arrived from Iran and Italy in the past week. It was also announced that healthy people returning from Covid-19 risk countries would now be quarantined at specific and guarded facilities.

Dr Suwannachai Wattanayingcharoenchai, director-general of the Disease Control Department, said one of the four new cases was an Italian, aged 29, who arrived from Italy on Sunday. He passed thermal screening at the airport, but the following day he sought treatment for a fever and cough at a private hospital. He was then referred to Chon Buri Hospital in Chon Buri province.

The second new patient is a Thai man, aged 42. He arrived from Italy on Monday and later sought treatment at a private hospital in Chon Buri for a fever, cough and sore throat. The two cases were not related. The third is a Chinese student, aged 22. He arrived at Suvarnabhumi airport in Samut Prakan province from Iran on Sunday, intending to take a connecting flight. He had a fever, runny nose and a cough and was taken to the Bamrasnaradura Infectious Diseases Institute in Nonthaburi province. The fourth is a Thai student, 20, who returned from Iran on Feb 27. He went to a hospital in Nakhon Si Thammarat province on Monday with a fever and runny nose.