The Asian Affairs > Blog > Thailand > Freedom To Speak Their Rights, Phuket is Saturated with Rally against the Government 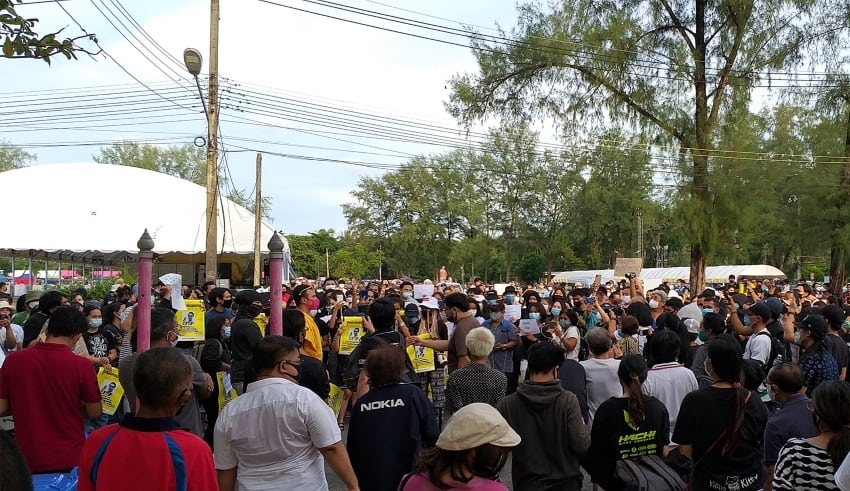 About 350 youth from the Phuket Liberation Group held a protest against the government in this province of the southern island.
(C) Bangkok post

In need of democracy, about 350 youth from the Phuket Liberation Group held a protest against the government in this province of the southern island.

The demonstrators started gathering about 5.30pm at Saphan Hin Park. They kept aloft posters and banners with messages like “Sovereign power belongs to the people,” “Dissolve parliament. Get out” and “Can’t we express democratic opinions?”

Many of the posters showed the June 4 image of Wanchalerm Satsaksit, a Thai pro-democracy activist in political exile kidnapped by armed men outside his home in Phnom Penh, Cambodia, with a message read “Forced disappearance.”

Rally organizer Chuvech Detditrak said on stage that the rally was for people to practice their freedom to speech under the constitution. As in earlier protests in Bangkok and other provinces by students and citizens, the demonstrators are demanding that the government dissolve parliament, rewrite the constitution and stop threatening the citizens.

Rally leaders have taken turns to speak about politics and economic problems on stage as the protesters repeatedly shout, Down with tyranny. Long live democracy. A number of police, military and other security forces were deployed in the area during the rally, which lasted for about two hours, to maintain law and order.