The Asian Affairs > Latest News > Indonesia > G30S/PKI Film, Mahfud: Govt Does Not Ban the Film, But Viewers That Make the Crowd 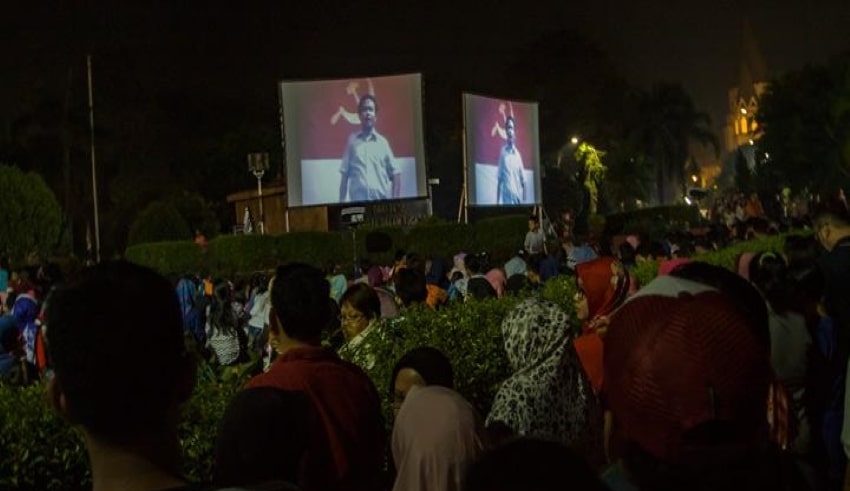 The Coordinating Minister for Political, Legal and Security Affairs (Menko Polhukam) Mahfud MD said there is no prohibition for anyone to watch or screen the G30S/PKI (September 30th Movement of the Indonesian Communist Party) film.
(C) tempo

The Coordinating Minister for Political, Legal and Security Affairs (Menko Polhukam) Mahfud MD said there is no prohibition for anyone to watch or screen the G30S/PKI (September 30th Movement of the Indonesian Communist Party) film. He welcomes anyone who wants to watch the movie made by Arifin C. Noer.

The film titled ‘Pengkhianatan G30S/PKI’ or Betrayal of G30S/PKI was produced by the State Film Production Company (PPFN) in the 1980s. The film is a docudrama about the kidnapping and murder of the generals in 1965.

“So go ahead, television [stations] who feel like broadcasting and have contracts with broadcasting rights holders, go ahead. Those who want to watch on YouTube too, go ahead,” Mahfud said, Wednesday, September 30.

Mahfud said the government did not prohibit watching or showing the film and did not oblige the public to watch it.

“If it is a voluntary option, it wants to be broadcast on one’s conscience and will, then it is allowed,” said Mahfud.

Deputy Chairman of the People’s Representative Council (DPR) Sufmi Dasco Ahmad also made a similar statement. He said there were no regulations that obliged or prohibited the public from watching the G30S/PKI film.

“So far, there are no regulations that regulate the obligation to watch G30S/PKI film, but there are also no rules that prohibit watching G30S/PKI films,” said Dasco at the Parliament Complex.

The government will prohibit the activities of watching the G30S/PKI film without paying attention to the health protocol for preventing COVID-19.

“The government will only prohibit when there are crowds, including for example watching movies together that violates health protocols,” said Mahfud.

This prohibition does not only apply at the time of filming the G30S/PKI film but also applies to all activities that cause crowds.

“And that applies not only to G30SPKI viewers but for any activity that violates the health protocol is prohibited,” said Mahfud.

Meanwhile, the 212 Alumni Brotherhood (PA 212), which is part of the Unitary State of the Republic of Indonesia (NKRI) National Anti-Communist Alliance (ANAK), plans to watch the G30S/PKI film together. This activity will be held nationally on Wednesday, September 30 in the mosque in each region.

The film of the G30S/PKI was compulsory for school students to watch and was shown on television stations on the night of September 30 for years. The rule abolished after the fall of the New Order in 1998.