The Asian Affairs > Latest News > Philippines > Gilas Represent: Juan GDL as one of the Top Performers on FIBA 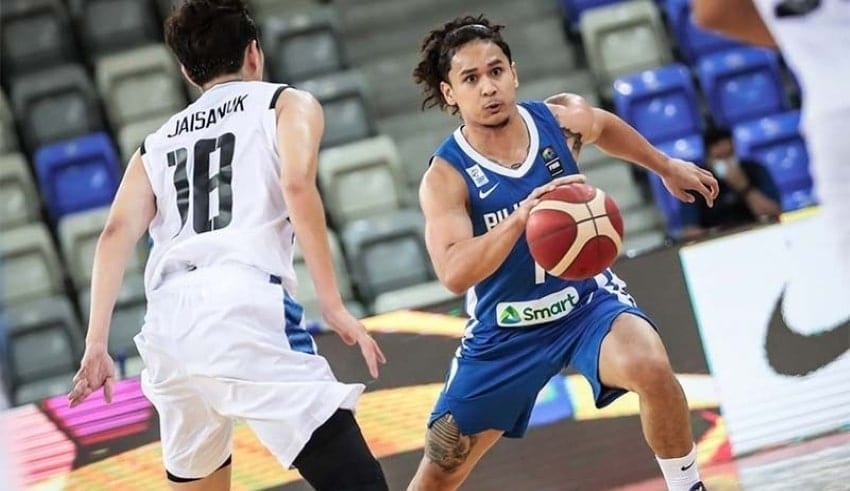 In the midst of pandemic, Filipino players continue to shine in the field of basketball. In the second window of the 2021 FIBA Asia Cup qualifiers, the youthful Gilas Pilipinas lineup was tried and checked in the glare of the international scene.
(C) Philstar

In the midst of pandemics, Filipino players continue to shine in the field of basketball. In the second window of the 2021 FIBA Asia Cup qualifiers, the youthful Gilas Pilipinas lineup was tried and checked in the glare of the international scene. The 15-man pool of collegiate and fresh-out-of-college stars, while lacking in expertise and adequate training, had little fear of going up against older and more seasoned opponents and trampled Thailand twice in blow-out affairs.

At least in the eyes of head coach Jong Uichico, this dominant success offered the young people a huge opportunity to compete for upcoming tournaments for roster spots with professional ballers. In their game against an all-professional, more experienced Thailand team, the Gilas squad in Bahrain, headed by UP’s Gomez de Liano twins, Kobe Paras, and Ateneo’s Dwight Ramos and Dave Ildefonso, showed flashes of brilliance.

On view of this, Gilas Pilipinas smashed the Thais by a combined 54-point differential in their two outings, leaving little or no question about their potential to represent the nation on the big stage. This time coming February, vying with the PBA pros for a spot on the team, with the PBA bubble already locked up for a long time by then the young Gilas cagers would need to take it up another level.

The Gilas Pilipinas squad in Manama, Bahrain is young and inexperienced for the second window of the FIBA Asia Cup qualifiers. But if anybody doubted their worth in banning the country on the international level, those questions were blown away by two thrashings by Thailand in a sweep of their matches. The recruitment of Juan Gomez de Liano to FIBA’s best performers in the Qualifier bubbles brings even more to the accolades of the all-cadet team.

In both the Bahrain and Qatar bubbles, the star guard from the University of the Philippines made it to the federation’s top five performers list. On the other hand, outings against Thailand, Gomez de Liano had a balanced performance, his second consecutive call-up in the Asia Cup qualifiers, he posted the standards for 13 points per game to go along with 3.5 dimes.

While his performances were overshadowed in Gilas’ first and second game, respectively, by Ateneo’s Dwight Ramos and his brother Javi, FIBA pointed to his timely shots that were crucial to Gilas’ victories.

Morever, Gomez de Liano is joined on the federation’s list by Mohammed Alsuwailem from Saudi Arabia, Trey Kell III from Syria, Mohamed Kawaid from Bahrain and Wael Akraji from Lebanon.

i love this excellent article