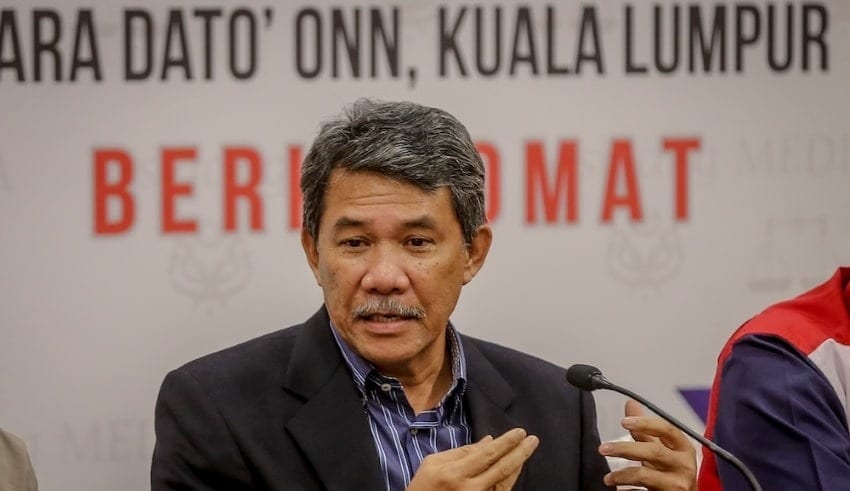 Umno deputy president Datuk Seri Mohamad Hasan has told its alliest to stay out of the Batu Sapi federal seat by-election as an act political consensus in the fight against the coronavirus pandemic.
(C) MalayMail

KUALA LUMPUR – Umno deputy president Datuk Seri Mohamad Hasan has told its alliest to stay out of the Batu Sapi federal seat by-election as an act political consensus in the fight against the coronavirus pandemic.

The decision was made after criticism that Prime Minister Tan Sri Muhyiddin Yassin has attempted to justify the state of emergency proposal by saying that Perikatan Nasional had no choice but to proceed with the Batu Sapi federal seat by-election and Sarawak state polls yesterday.

The former Negri Sembilan mentri besar said that giving the seat to Warisan would be a better decision that declaring an Emergency that would have great consequences on the country’s democracy.

He said that he can understand the concern of the prime minister, however, to ask and use Emergency rule as an excuse to delay both events is unnecessary and the worst option to choose from.

Barisan Nasional has already confirmed that they will be staying out of the Batu Sapi by-election and Mohamad  also urged his allies to do the same as a tribute to the late Datuk Liew Vui Keong, the incumbent whose death triggered the by-election.

Muhyiddin made a live address yesterday which announced that the Sarawak state election and the Batu Sapi by-election will be proceeding unless Emergency has been declared.

Critics accused Muhyiddin of using the two polls as a leverage and grounds to justify the emergency rule. Under the Federal Constitution, an election must be held within 60 days of seat being declared vacant. The Sarawak assemble is not yet set to be dissolved until June next year, which means the state election can be held as late as August next year. Sarawak Chief Minister Datuk Patinggi Abang Johari Openg has stated the possibility of holding the state election later to give more time amid the Covid-19 situation.