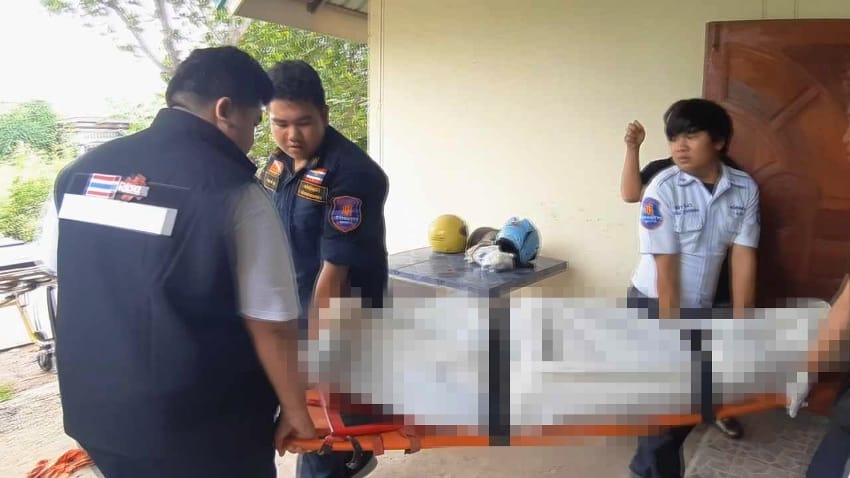 A man in Udon Thani province has committed suicide by hanging himself after his application for the government’s Bt5,000 relief payment was rejected. Leaving him with no money to support his 15 year-old daughter.

The body of Supasit Chaokla, 42, was found hanging at 1.30pm on Thursday. Authorities believe he committed suicide two days earlier. His mother, Jiamsri Chakla, 62, said that after getting divorced, Supasit had raised his 15-year-old daughter alone. However, his income began to shrink last month after the emergency decree was announced. He owned a small eatery with daily running costs of Bt500-Bt600. He became stressed when revenue fell to Bt200-Bt300 as people stayed at home during the lockdown.

[…] The unnamed woman was found to be standing on the edge of the bridge threatening to jump into the river below. According to Thai media it took a policeman about 30 minutes to talk her down off the bridge ledge. Meanwhile, a 58-year-old thai woman attempted to commit suicide at the Finance Ministry building in Bangkok. She had gone to plead for the Bt5,000 coronavirus pandemic-relief payment. […]