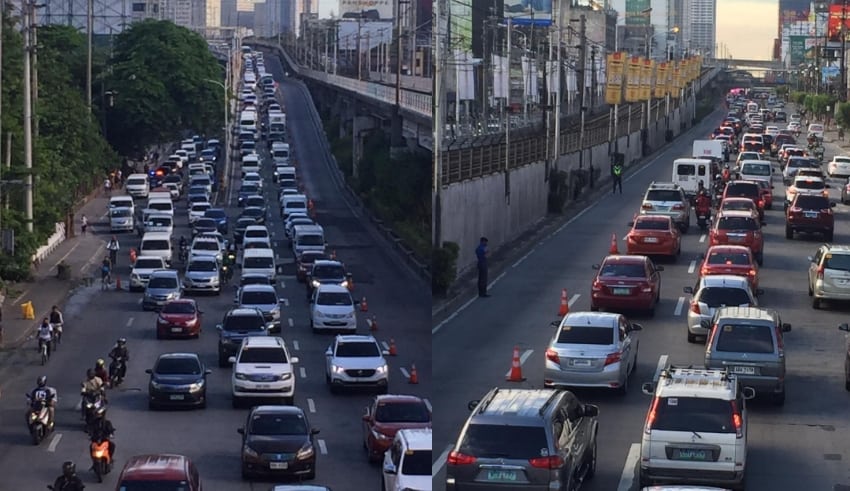 Traffic situation along both sides of EDSA

MANILA – Sea of cars, buses, crowds of commuters were met with heavy traffic in Metro Manila on Monday Morning, the first day of the general community quarantine (GCQ).

From EDSA to Roxas Boulevard in Baclaran, Paranaque and Las Pinas, the heavy traffic was bumper to bumper.

Several commuters were also stranded along Manila as the region reopened with limited option for public transportation. The government allowed limited operation on train, bus, taxi and transport network vehicle services capped at 30% of capacity.

With the shift to general community quarantine (GCQ), Majority of industries were allowed to go back and resumed operations.

Transport group Piston criticized the government on not allowing jeepneys to operate, calling the policy as “anti-poor, anti-people, anti-public transportation, and anti-commuter.” With the limited public transportation available, Transportation Secretary Arthur Tugade asked for the public’s understanding but reiterated that in the duration of the GCQ, the government’s policy will be “partial, limited, calculated, and gradual”.