The Asian Affairs > Latest News > Malaysia > Over 10,000 sign the petition to strip former Miss Malaysia Universe of crown and title 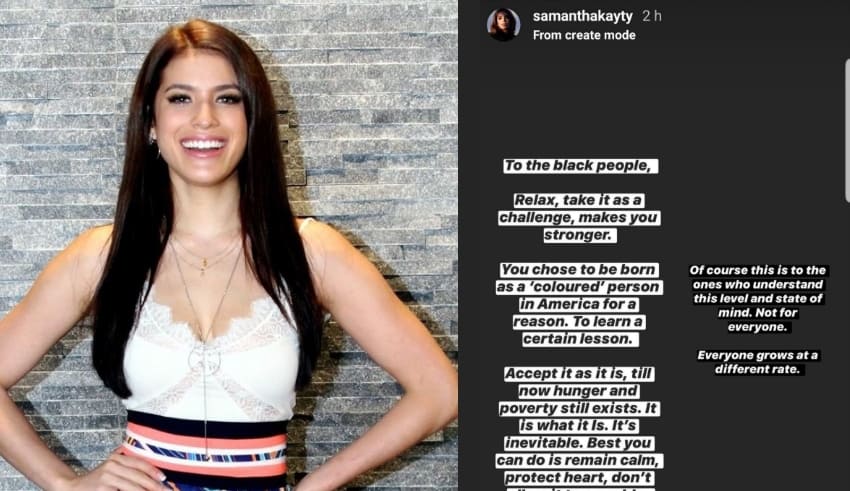 PETALING JAYA – Over 10,000 people have expressed their dismay and sign a petition to strip Miss Universe Malaysia 2017 winner Samantha Katie James of her crown and title after she made a series of inflammatory remarks on the Black Lives Matter movement in the U.S.

The petition was started by Marcus Gan and Yee Heng Zeh yesterday evening saying James is not qualified to represent the country on the Global stage.

According to Gan and Yee, James with over 160,000 followers on Instagram, misused her platform and presence to voice out racist and ignorant remarks. Her ignorance and lack of awareness does not represent the Miss Universe Malaysia title and with this petition.

Miss Universe Malaysia Organisation (Mumo) issued a statement last night regarding the issue however many felt the response was “unsatisfactory”. The organization should take actions against James for her racist remarks.

James, 25, was heavily scrutinized after posting on her instagram about the Black lives matter protest currently happening in the United States. Captions like “relax, take it as a challenge” and “ they chose to be born as coloured (people) in America for a reason, to learn a certain lesson.”