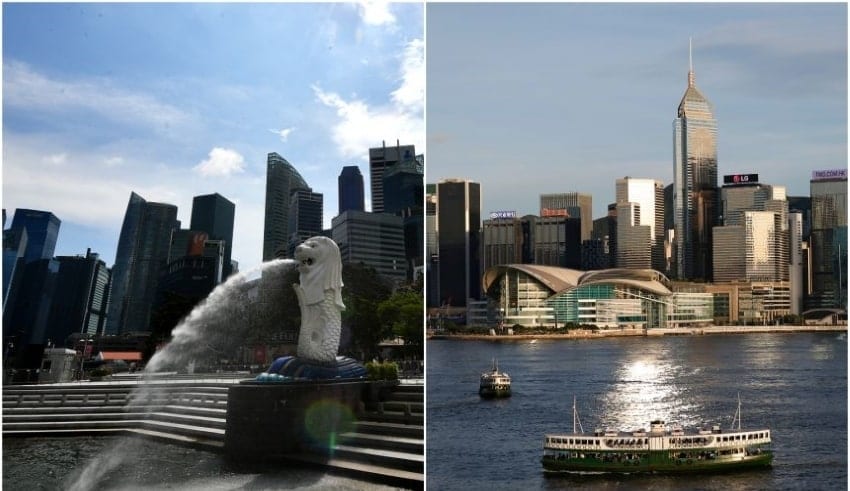 The Hong Kong and Singapore governments are continuing negotiations about a quarantine-free travel bubble between the two cities.
(C) straitstimes

The Hong Kong and Singapore governments are continuing negotiations about a quarantine-free travel bubble between the two cities that was postponed last year after a surge in Covid-19 cases occurred in Hong Kong.

There are close discussions in Singapore and Hong Kong on the Air Travel Bubble. When we are ready, we will announce more information,’ says Daniel Ng, Director (Air Transport) at the Singapore Civil Aviation Authority, in a statement shared with Cirium.

The Hong Kong Tourism Board, a body under the Commerce and Economic Development Bureau of the Capital, separately added that while the air travel bubble was delayed due to the Hong Kong outbreak, “this has been communicated by the governments of the two cities.”

“As the global epidemic of Covid-19 continues, the government has been striving for the gradual and orderly restoration of cross-border exchanges between Hong Kong and overseas,” it says in a Chinese-language statement sent to Cirium.

It adds that the establishment of travel bubbles has been suggested by overseas economies that have a reasonably stable Covid-19 situation and have strong economic and trade ties with Hong Kong, thus balancing the need to protect public health.

Over the weekend, the South China Morning Post, a local Hong Kong newspaper, quoted an anonymous government source claiming the authorities in both cities were in bubble talks.

The February 20 report added that when the agreement would begin, it was still too early to say. The newspaper’s source added that “additional safeguards” are also being negotiated by all parties.

While Singapore has managed to keep the reported case numbers of Covid-19 low since around the beginning of October, in November, Hong Kong saw a “fourth wave” of infections. Around the end of December, cases started to decline again, but spiked once again in the first few weeks of the new year, before declining again in February.

The Singapore travel bubble, which would have required quarantine-free travel between the two destinations along with Covid-19 tests at each end, was scheduled to commence on 22 November, with flights to be operated by Singapore Airlines and Cathay Pacific, the flag carriers of each region. The two governments postponed the launch, however, after the sudden surge in Covid-19 cases occurred in Hong Kong. Governments later announced that, until 2021, the bubble would not restart again.