The Asian Affairs > Opinion > If the grassroots agree, Umno will work with ‘enemies,’ says Najib. 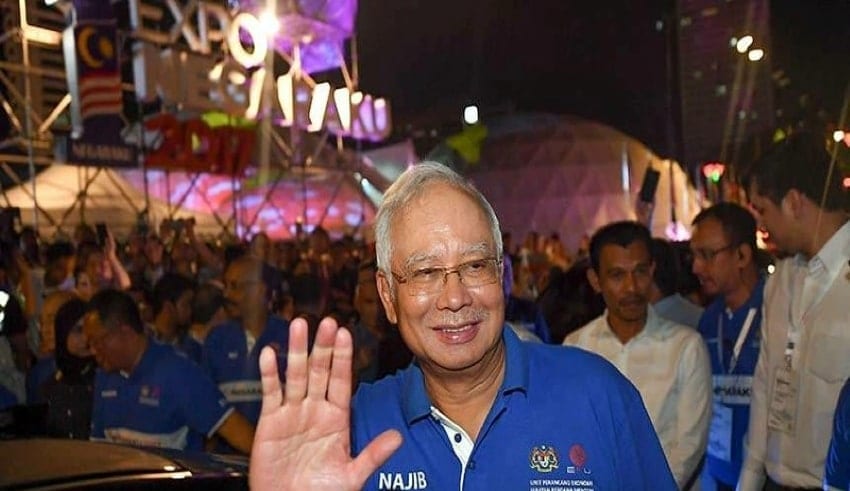 former Umno president, says the party should be prepared to collaborate with those it might view as "enemies" but only if they are approved by the grassroots.
(C) Flickr, Beruang Biru

PETALING JAYA: Najib Razak, former Umno president, says the party should be prepared to collaborate with those it might view as “enemies” but only if they are approved by the grassroots.

He said not many would have expected to join forces with Dr. Mahathir Mohamad and Anwar Ibrahim, contributing to the defeat of Barisan Nasional in the 2018 general election.

And Dr. Mahathir and DAP were sitting at the same table and assigning important roles to DAP (leaders)… We never thought about it all, but it happened! ,” he said in Astro Awani’s interview.

“He said about making an alliance with former enemies: “In today’s sense, I say we have to look at all options, but with one condition. It must be agreed by the representatives and members of Umno. Whatever we do, the grassroots must support it.

Nevertheless, all such relationships must be founded on mutual trust and a desire to work together, failing which they will dissolve. This is what has happened to PH (Pakatan Harapan). The foundation was not founded on faith.

On Saturday, FMT announced that it is suspected that Umno leaders have agreed to split with PPBM and the Perikatan Nasional coalition ahead of the next election.

Najib denied claims that Umno had lost its course and had been broken. He argued that any discussion about a split in his leadership should instead be seen as a difference of opinion.

Although he said that when they became the opposition when they lost the last general election, the party was in unknown territory, Najib noted that Umno is now just a “part of the government” and does not have absolute control.

“In this scenario, there are several opinions within Umno on what should be done,” he said. “I won’t call it a rift, but there are some who have differing opinions. But as a party which makes decisions in a democratic manner, I’m sure we will be able to come to an agreement when we need to.”