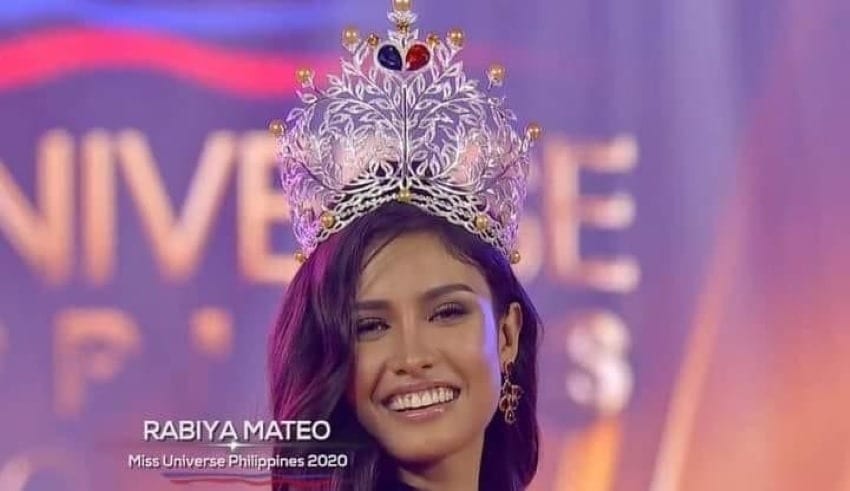 Rabiya Mateo of Iloilo City is the new representative of the Philippines to the Miss Universe pageant.
(C) Rabiya Mateo / Twitter

METRO MANILA – Rabiya Mateo of Iloilo City is the new representative of the Philippines to the Miss Universe pageant.

Rabiya Mateo, 23, won the Miss Universe Philippines in the pageant that was held online at the Baguio Country Club yesterday morning.

She will be the second illonga to win the title after Louise Vail Aurelio won the Bb. Pilipinas-Universe in 1965 and finished as a semi finalist in the Miss Universe pageant on the same year.

Paranaque’s Ysabella Ysmael was named the first runner-up, while Michele Gumabao from Quezon City got the second runner-up honors.

Mateo also won the Best in Swimsuit Award and impressed alot of people  with her honest take on the finale’s question-and-answer portion.

The new Miss Universe Philippines picked the late Miriam Defensor-Santiago if given a chance to create a new paper currency. She labeled the late senator as the “best president that we never had.”

She was also asked about the importance of pageant during difficult times, she said that such events give individual the power to make a difference. She added that she wants to help the community and make an impact.

Mateo, being a lecturer, also highlighted the importance of education in the country.