The Asian Affairs > Indonesia > Indonesia has announced two new coronavirus cases, will discover the others 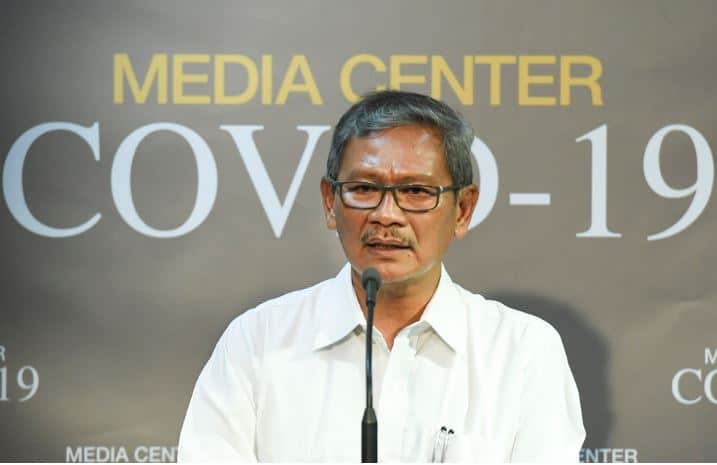 It has added more new patients from Covid-19 case after the announcement of the first two cases four days before. Indonesia has announced there are two new cases of this virus on Friday (6/3). This bringing the total number of confirmed Covid-19 patients to four.

As reported, Patient 1 hosted a dance party at Amigos Restaurant in Kemang, South Jakarta, on Feb. 14. Then the two new patients were linked to this Patient 1.

A Japanese national who visited Indonesia and also attended the party, made local health authorities now believe that person was the source of the novel coronavirus infection on that day. And later the japanese national was identified as Patient 24 in Malaysia.

According to Achmad Yurianto, the spokesperson for Indonesia’s Covid-19 task force, that a special team comprising officers from the Jakarta Health Service, the National Police and the State Intelligence Agency (BIN) has tracked a total of 80 people who attended the dance party, including workers at the restaurant.

Patient 1’s 64-year-old mother became the second novel coronavirus patient in Indonesia. She tested positive after taking care of her daughter at their home.

Achmad, who is also the secretary of the directorate general of disease prevention and control at the Health Ministry, said 20 of the 80 people who attended the dance party showed symptoms related to Covid-19 and a medical team narrowed down the list to seven people who might have been infected with the virus.

“Out of these seven people, two tested positive for the novel coronavirus. We call them cases number 3 and 4,” Achmad said.

Patients 3 and 4 have complained of being feverish with symptoms of a cold and have bouts of coughing. Indeed, their body temperatures were between 37.6 and 37.7 degrees Celsius when got measured. But, they have not experienced any shortness of breath.

About the patients details, Achmad refused to say if the new coronavirus patients were male or female. He said only that they were between 33 and 34 years old.

The Covid-19 disease has feared would severely hurt its tourism, travel and manufacturing industries, hence Indonesia has ramped up its effort in tracking and containing this virus.

Indonesian government has closed its borders to travelers coming from countries hardest hit by the outbreak, those are China and some regions in South Korea, Italy and Iran.