The Asian Affairs > Indonesia > Terror from the rebels, the police evacuate 800 villagers to Timika City 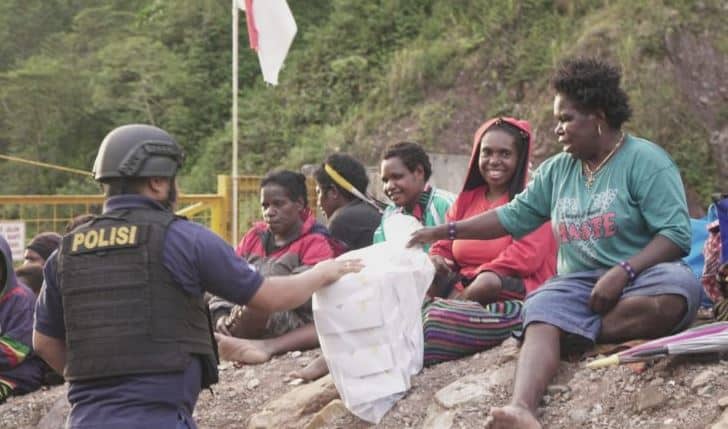 Due to acts of terror that emerge by the armed criminal group, the police evacuated 800 villagers in the mountainous area in Timika, Papua, to Timika City.

According to the Indonesian Police’s Nemangkawi Operation Task Force statement on late Friday, the evacuees are residents of the three villages of Utikini, Banti, and Kimbely.

Previously, some 30 villagers had sought refuge at the Tembagapura police station. They were intimidated by the armed group and urged the police to evacuate them to the city.

The armed group often compelled the villagers to provide food and brandished their guns at them. This condition made the villagers felt unsafe.

The police has prepared 13 buses to transport them to the city and some other locations, also prepared food for those still waiting for the bus while awaiting transportation to Timika.

The security situation in Papua remains vulnerable to acts of deadly violence by notorious Papuan separatists, moreover they launched deadly attacks on civilians. This was happened over the past years and killed several of th civilans.

Repeated exchanges of fire were happened between the rebels with Indonesian military and police personnel.

According to record of the Papua Police, in 2019, some 23 shooting and criminal cases involving Papuan groups had claimed the lives of 10 members of the Indonesian police and military as well as 10 civilians.