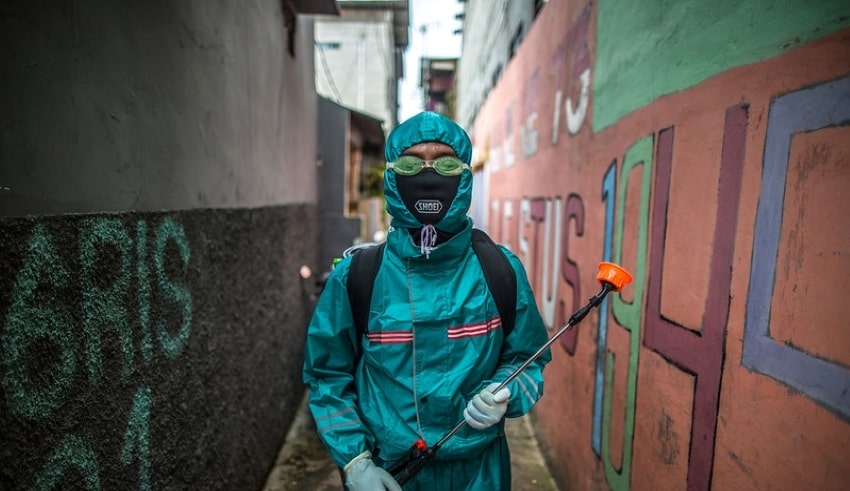 During September, the number of positive cases of COVID-19 in Indonesia continues to increase significantly. The average daily increase is 3,000 cases.

Unlike the previous months, since early September, the number of daily additions has consistently surpassed 3,000 cases.

Since September 2, the addition of daily cases continues to exceed 3,000. Even though it had dropped on September 7 with a total of 2,880 cases, the following day there were 3,046 cases on September 8.

An epidemiologist from Australia’s Griffith University, Dicky Budiman said, although the number of new cases increased by 3,000 per day the COVID-19 pandemic in Indonesia had not yet entered its peak.

Dicky estimates that in Java and Bali, positive cases will continue to increase.

President Joko ‘Jokowi’ Widodo predicted that the peak of the pandemic would occur from August to September. This estimate was made two months ago when Indonesia had only recorded 76,981 cases of corona-virus.

“If you look at the figures, the peak estimate is from August to September, the last estimate that I accept,” said Jokowi during a meeting with the media in mid-July.

The addition of cases also jumped drastically in DKI Jakarta. The number of positive cases in September increased by 19 to 49 percent.

Since Monday, September 14, DKI Jakarta has re-implemented Large-Scale Social Restrictions (PSBB) Volume II. During the two weeks, several activities such as working in the office, travel activities, and entertainment are limited.

Hello, yes this article is truly good and I have learned lot of things from it about blogging.
thanks.

First off I would like to say terrific blog! I had a quick question which I’d like to ask if you
don’t mind. I was curious to find out how you center yourself and clear your thoughts prior to writing.

I have had trouble clearing my thoughts in getting my ideas out
there. I do enjoy writing however it just seems like
the first 10 to 15 minutes are usually wasted simply just trying to figure out how to begin. Any recommendations
or tips? Cheers!

May I simply just say what a relief to discover somebody who really knows what they’re talking
about on the internet. You actually realize how to bring a problem to light and
make it important. A lot more people must look at this and understand this side of the story.
I was surprised you aren’t more popular because you certainly have the gift.

Wonderful blog! I found it while searching on Yahoo News.
Do you have any suggestions on how to get listed in Yahoo News?
I’ve been trying for a while but I never seem
to get there! Thanks

Hi to every single one, it’s genuinely a fastidious for me to
go to see this site, it contains useful Information.

Hi! I could have sworn I’ve been to this website before but after browsing through some of the post I realized it’s new to me.
Anyhow, I’m definitely happy I found it and I’ll
be book-marking and checking back frequently!

You made some really good points there. I looked on the web for more information about the issue and found
most people will go along with your views on this website.

After looking at a handful of the articles on your web page, I seriously appreciate your technique
of writing a blog. I book-marked it to my bookmark webpage list and will be checking back soon. Take a look at my web site as well and tell me your opinion.

Usually I do not learn post on blogs, but I would like to say that
this write-up very compelled me to check out and do it!
Your writing style has been surprised me. Thanks, quite nice article.

I am really inspired together with your writing skills as neatly as with the structure in your blog.
Is that this a paid theme or did you modify it your self?
Either way stay up the excellent high quality writing,
it is uncommon to see a great weblog like this one these days.

I really like your blog.. very nice colors & theme. Did
you design this website yourself or did you hire someone to do it for you?
Plz reply as I’m looking to design my own blog and would
like to know where u got this from. thank you

At this time it sounds like WordPress is the preferred blogging platform out
there right now. (from what I’ve read) Is that what you’re using on your blog?

I have learn several just right stuff here. Certainly
price bookmarking for revisiting. I wonder how a lot effort you place to
create this kind of excellent informative site.

My partner and I stumbled over here coming from a different web page and thought
I might as well check things out. I like what I see so now i’m following you.
Look forward to going over your web page yet again.

I’m gone to say to my little brother, that he should also go to see this web site on regular basis to obtain updated from newest news update.

I have been browsing online more than three hours today, yet I never
found any interesting article like yours. It’s pretty worth enough
for me. In my view, if all site owners and bloggers made good content as
you did, the web will be a lot more useful than ever before.

Hey just wanted to give you a quick heads up.
The words in your content seem to be running off the screen in Safari.

I’m not sure if this is a format issue or something to do with web browser compatibility but I thought I’d
post to let you know. The design and style look great though!
Hope you get the issue resolved soon. Thanks

Very nice post. I simply stumbled upon your weblog and wished to mention that I’ve really
loved surfing around your blog posts. In any case I will be subscribing for your feed and I am hoping you write once more very
soon!

I’ve been browsing online more than 3 hours today, yet I never found any
interesting article like yours. It’s pretty worth enough for me.
In my opinion, if all webmasters and bloggers made good content as you did, the internet will be much more useful than ever before.

Howdy this is kinda of off topic but I was wondering if blogs use WYSIWYG editors or if you
have to manually code with HTML. I’m starting a blog soon but have no coding expertise so I wanted to get advice from someone with experience.
Any help would be greatly appreciated!

Sweet blog! I found it while browsing on Yahoo News.
Do you have any tips on how to get listed in Yahoo
News? I’ve been trying for a while but I never seem to get there!
Thank you

You really make it seem so easy with your presentation but I find this topic to
be actually something that I think I would never understand.

It seems too complicated and extremely broad for me.
I’m looking forward for your next post, I will try to get the hang of it!

I read this piece of writing fully on the topic of
the difference of newest and preceding technologies, it’s amazing article.

Great beat ! I would like to apprentice while you amend your web site, how could i
subscribe for a blog web site? The account helped me a acceptable deal.
I had been tiny bit acquainted of this your broadcast offered bright clear
concept

Good post. I learn something totally new and challenging on websites I stumbleupon everyday.
It will always be helpful to read through articles from other authors and practice a little something from other sites.

Spot on with this write-up, I absolutely think this web site needs far more attention. I’ll probably be
back again to read more, thanks for the info!

Hey there! This is my 1st comment here so I just wanted to give a quick shout out and say I truly enjoy reading through your blog posts.

Can you recommend any other blogs/websites/forums
that cover the same subjects? Thanks for your time!

You actually make it seem so easy with your presentation but I find this matter to be actually something which I think I
would never understand. It seems too complex and extremely broad for me.

I’m looking forward for your next post, I’ll try to get the hang of it!

Good answer back in return of this issue with genuine
arguments and describing everything concerning that.