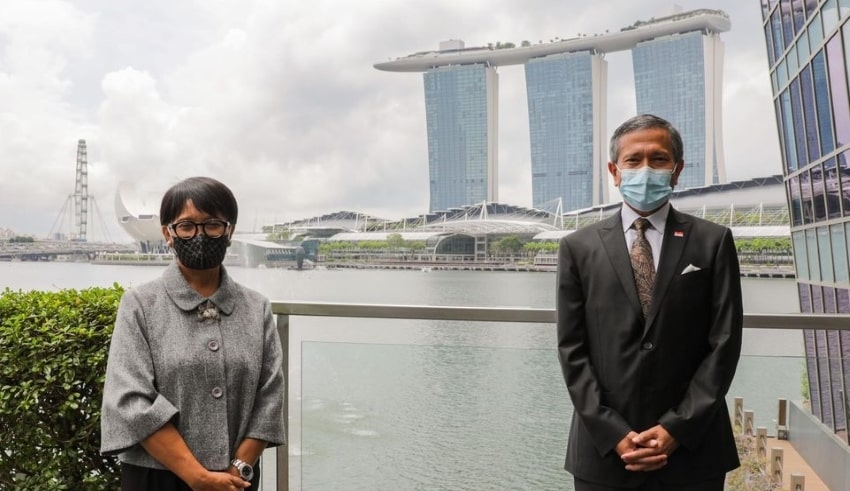 The Indonesian government is preparing measures such as electronic visa system and special counters at the airports for the proposed "reciprocal green lane" with Singapore.
(C) tripzilla.

JAKARTA – The Indonesian government is preparing measures such as electronic visa system and special counters at the airports for the proposed “reciprocal green lane” with Singapore.

According to Minister of Law and Human Rights Yasonna Laoly, the measures are being discussed following discussions on a “reciprocal green lane” to allow essential travel.

The minister added that immigration officials would prepare special counters for Singaporean residents who want to travel to the country.

An electronic visa was also suggested and is planned to be launched in October 15 to support the reciprocal green lane with Singapore.

Laoly said that they will be providing special counter at Soekarno-Hatta Airport (near Jakarta) and Batam so the Singaporean residents who wished to travel to the country won’t be together with others.

He added that the electronic visa service is almost done and it will operational in then next few weeks. They will be coordinating with the Ministry of State-owned enterprises regarding the payment methods.

Foreigners who wishes to visit the country via the green lane will need to apply for a visa and should have a guarantor in Indonesia. The green lane will help facilitate the essential travel for businessmen, investor, skilled workers and government officials.

In April, the Indonesian government temporarily banned foreigners for entering the country in a bid to stop the spread of the virus.

Singapore’s Ministry of Foreign Affairs said that both sides are discussing on a “reciprocal green lane” to allow the travel to resume. Foreign Affairs Minister Dr Vivian Balakrishnan agreed that both country should work together to strengthen public health cooperation, enhance economic growth, investments and facilitate safe travel.