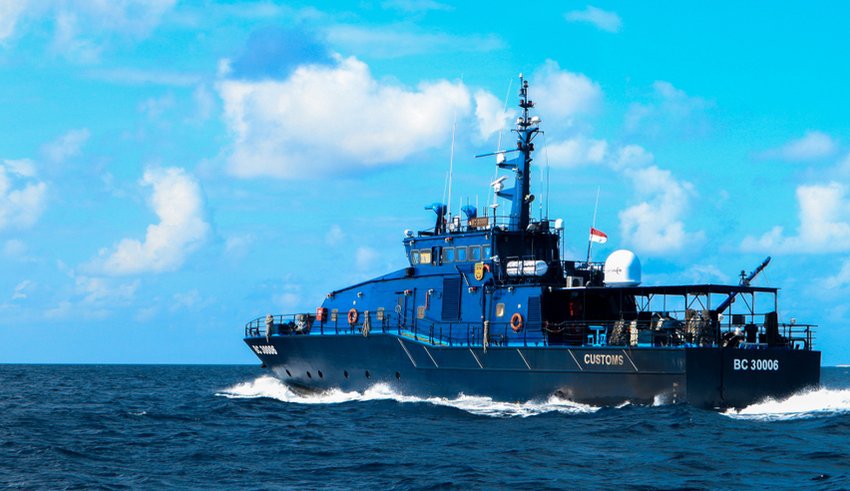 Patrol ships of the Ministry of Maritime Affairs and Fisheries’ (KKP’s) Directorate General for Supervision of Maritime Resources and Fisheries (PSDKP) detained a Filipino fishing boat and Malaysian fishing vessel for poaching in Indonesian waters on Tuesday, June 16.

According to the General Director of Maritime Resources and Fisheries Supervision Tb Haeru Rahayu, the KKP’s patrol boats have succeeded in detaining two vessels found poaching in the Fisheries Management Area (WPP) 571 in the waters of Malacca Strait and WPP 716 in Sulawesi Sea.

The boat arrest was carried out by PSDKP Tahuna station chief Johanis along with Captain Hendro. Both lead directly the KP Shark operation. Philippine-flagged vessels were secured when they were caught stealing fish in Sangihe waters near Marore Island. The ship named M / Bca Sofia was captured at the position of 04˚ 47,265 ’LU – 124˚ 41,095’ BT, and carrying a crew of 5 people. In its hunt, this ship operates a hand line tuna fishing tool. The Philippine-flagged ship was taken to PSDKP Tahuna Station to undergo further legal proceedings.

While in other locations, one Malaysian-flagged ship was also captured by KP. Heu 01, who was appointed by Albert Essing. The ship was named SLFA 5070 which was operated by 4 crew members who were all citizens of Malaysia.

The Director of Fleet Monitoring and Operations, Pung Nugroho Saksono said that the Malaysian-flagged boat used a floating trap fishing gear which was captured at coordinates 02˚ 44,918˚ LU – 101˚ 100,788 ’BT.

Pung Nugroho Saksono, Director of Fleet Monitoring and Operations, said that his party directly led the implementation of the operation of the supervisory ship from the center, supported by Pusdal-KKP which operates 24 hours for seven days.

“With the potential illegal fishing location data obtained from the analysis of Radar, AIS and VMS data and direct monitoring through the air (air surveillance), the Supervisory Ship operation is more effective and intercept can be carried out to immobilize illegal fishing and destructive fishing,” explained Pung.