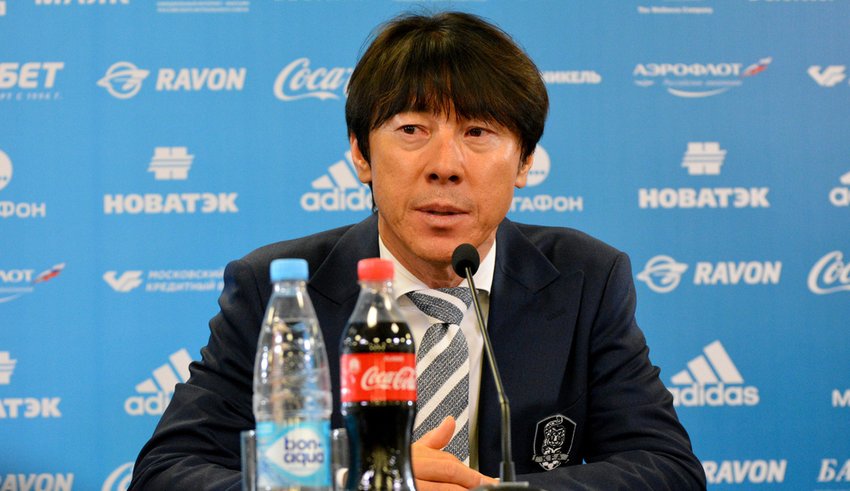 Shin Tae-Yong, requested the All Indonesia Football Association (PSSI) to allow the players to be able to undergo a training center (TC) in South Korea

The manager of the Indonesian national team coach, Shin Tae-Yong, requested the All Indonesia Football Association (PSSI) to allow the players to be able to undergo a training center (TC) in South Korea.

As reported by the South Korean news agency, Yonhap, Shin Tae-Yong, admitted that he personally proposed the idea to PSSI. He hopes the Indonesian national team can hold a TC for a month in his country.

“I have given the road map to PSSI. I hope to bring the players to Korea because the situation here is safe,” Shin Tae-Yong said. However, PSSI does not seem to be in line with the manager of the Indonesian national team from South Korea.

“The direction of PSSI Chairman Mochamad Iriawan, our hope TC national team will continue to be implemented in Indonesia,” said PSSI Secretary-General executive Yunus Nusi in Jakarta on Wednesday, June 17.

The former South Korean national team coach at the 2018 World Cup is now awaiting approval from PSSI regarding his idea. Shin Tae-yong is currently still in South Korea.

If the idea is approved by PSSI, Shin Tae-yong hopes the Indonesian national team players can go to South Korea in early or mid-July 2020.

So far Shin has only been able to remotely monitor the Indonesian National Team U-19 training online. This was done because he and his staff had been in the State of Ginseng since early April.

However, Yunus continued, PSSI continued to communicate with Shin Tae-Yong, who is currently in his hometown, South Korea, to discuss the matter of preparing the national team.

PSSI also opens up possibilities because the coronavirus pandemic (COVID-19) still occurs in Indonesia and the world.

“We communicated with the national team coach while looking at the COVID-19 pandemic situation,” Yunus said.

PSSI Technical Director Indra Sjafri only gave a brief response regarding the request, saying that PSSI, including from the engineering department, will hold a meeting with Shin Tae-yong on Thursday, June 18.

Indra Sjafri hopes that TC Indonesian national team will be held in the country. He and PSSI are also currently preparing many technical matters carefully.

According to Indra Sjafri also when doing TC national team abroad, of course, many things must be considered.

The Indonesian national team will face the last three Group G matches in the second round of the 2022 World Cup Qualification Asian zone. First, challenge the hosts of Thailand on October 8, 2020. Then entertain the United Arab Emirates on October 13, 2020. Last visit to Vietnam to fight the owner of the cage on November 12, 2020.

Although the chances of qualifying for the third round are closed, PSSI wants the national team to get the best results in order to boost FIFA’s ranking.

In addition to the senior national team, Shin Tae-yong also handles the Indonesian U-19 national team, which will compete for the U-19 2020 Asian Cup in Uzbekistan on October 14-31, 2020. Shin will also become the coach of Indonesia’s U-20 national team at the U-20 World Cup in 2021.