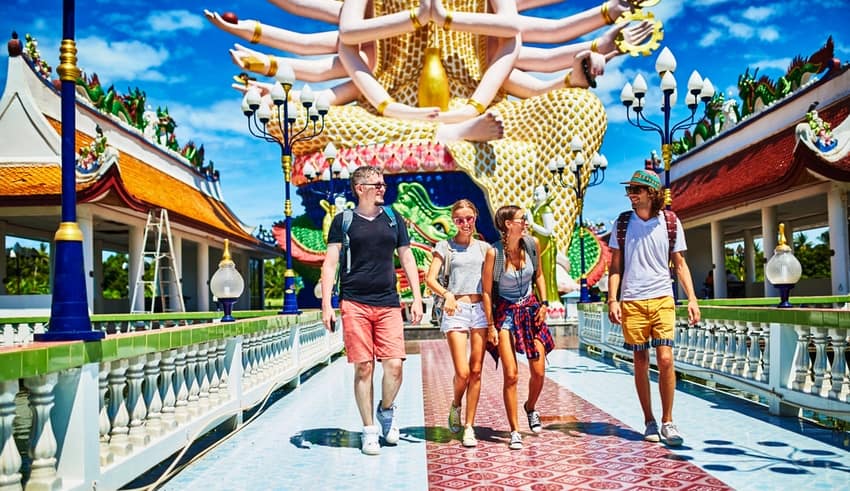 International flights for tourists are not likely to resume in Thailand until late September.

A senior civilian director recently said that international flights for tourists are not likely to resume in Thailand until late September. He attributed the reluctance to uncertainty over the government’s policies on international travel.

Civil Aviation Authority of Thailand director Chula Sukmanop, recently said that none of the airlines he had talked to expressed interest in resuming their international flights next month. July 1st is when the CAAT order shutting down the country’s airspace is due to expire. “I believe international flights will resume this September,” Chula said. “All of the airlines could not assess the demand for air travel. They have to wait and see the situation by the end of this month. “The government has to make a final decision before the country’s airspace could be open. However it does not mean an all-out opening for air travellers. Only business traveller will be allowed to take the flights under the so-called travel bubble proposals,” he added.

The Airports of Thailand (AoT) predicts a total resurgence of 493,800 flights. Approximately 66.58 million passengers between October 2019 and September 2020. The assumptions are made based on the resumption of a limited number of domestic flights in May. Then a slow ramping up of flight schedules. At a recent Amcham organised webinar under the banner “Thailand Tourism Forum 2020 – Temperature Check” earlier this week presenter Charles Blocker CEO IC Partners Ltd reported that 22 of 38 Thai airports were open (58%) but with only 50% ‘normal’ flight capacity and 25-30% of seats occupied.

Although flights have resumed domestic travel, AoT thinks getting back to normal volume will take longer. Looking at the long range forecast for recovery AoT announced flights won’t return to ‘normal’ before October 2021. The president of Airports of Thailand, Nitinai Sirismatthakarn, reported that air travel should be back to pre-COVID-19 levels by October 2021, 18 months away. But for the rest of this year, the Thai aviation sector is expecting a significant drop in flights and passenger numbers. “Recovery of international routes will depend on how quickly a vaccine or antiviral drugs can be made available.

Thailand’s airspace has been closed to international flights since April due to the coronavirus pandemic. Only essential journeys such as repatriation and diplomatic flights were allowed to fly into the country. Though most domestic flights have resumed after weeks of waning infections in the country with no new infections being reported for 27 days. As of June 22, Thailand has only had 3,148 reports of COVID-19 cases and only 58 deaths. The World Health Organization reports a global total of 8.7 million cases and 461,715 deaths.