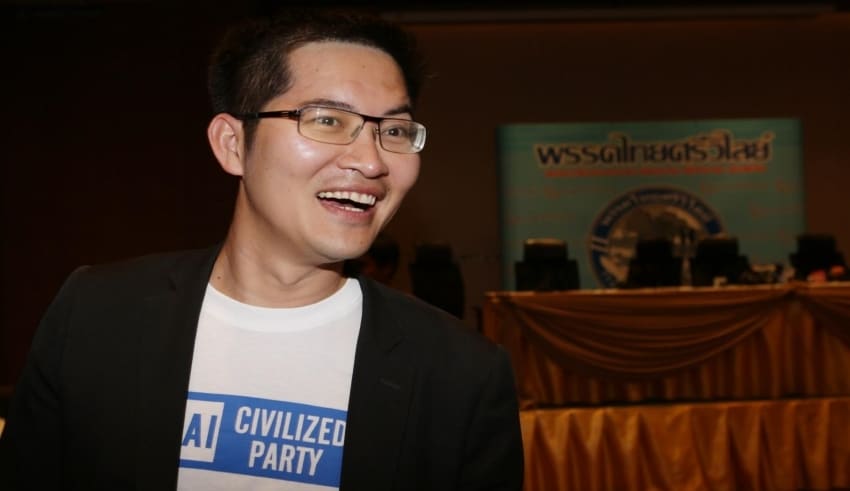 Seven small political parties have vouched for Mongkolkit Suksintharanon to get a cabinet seat on their behalf if a reshuffle takes place.
(C) Bangkok Post

Seven small political parties have vouched for Mongkolkit Suksintharanon, leader of the Thai Civilised Party, to get a cabinet seat on their behalf if a reshuffle takes place.

Pichet Sathirachawal, leader and sole MP of the Prachathamthai Party, said 11 small parties had considered the possibility of a cabinet reshuffle, and agreed a representative of small parties should be nominated for a ministerial position in the event of a cabinet shake-up. Mr Pichet said he had nominated Mr Mongkolkit and seven of the 11 parties had backed the nomination. Mr Mongkolkit has the experience for a cabinet post, Mr Pichet said, adding the leader of the Thai Civilised Party had forfeited and donated his salary to support efforts to help ease the plight of people affected by the Covid-19 pandemic. A cabinet reshuffle to reallocate cabinet seats within the coalition is expected after the ruling Palang Pracharath Party (PPRP) elects its new executive committee on June 27.

The June 1 mass resignation of PPRP executives is widely believed to pave way for Deputy Prime Minister Prawit Wongsuwon, who is the party’s chief strategist, to take over as the party’s new leader, replacing Uttama Savanayana, and push for a cabinet reshuffle among PPRP executives from various factions. Mr Uttama is finance minister. Various other changes are taking place to small parties even as the coalition minnows haggle over cabinet seats. Pol Gen Yongyuth Thepchamnong, leader of the Prachaniyom Party, said the party’s executive committee had decided that executive members could no longer shoulder the burden of running the party and informed the Election Commission (EC) of its intention to cease its operations. Pol Gen Yongyuth said the party remains in the coalition, adding it will become clear which party it will merge with after the EC officially confirms its dissolution. Maj Gen Songklod Thiprat, leader of the Thai Nation Power Party, another small party, said the party plans to dissolve itself and merge with the PPRP if and when Gen Prawit is elected as the PPRP’s new leader.

The party’s executive committee will announce a decision on the matter soon, Maj Gen Songklod said.