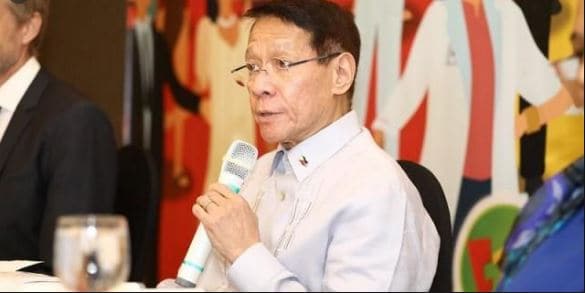 A Japanese man traveled to the Philippines and had several check-ins at Metro Manila hotels before checking for coronavirus disease positive 2019 (COVID-19) in Japan, the Health Department reported on Friday.

The Health Secretary Francisco Duque III said at a press conference that the 44-year-old alien was in the Philippines from 21 to 28 February.

The onset of cough for the Japanese national was only on February 28, when he was already in Thailand and his fever started on February 29.

According to Duque, the patient had been testing positive for COVID-19 in Japan on March 4.

The DOH leader underlined that the foreigner had also traveled to Cambodia, Vietnam, Thailand and Japan before visiting the Philippines.

Duque also reported that the Taiwanese man who got COVID-19 infected was also traveling to the Philippines.

But it’s also possible, like the Japanese national, that the Taiwanese contracted the virus before they visited the Philippines, he added.

Meanwhile, the Australian woman who screened the virus positively after attending a wedding in Manila on 13 February and visiting Pangasinan on March 2.

Health Assistant Secretary Maria Rosario Vergeire said contact tracking is underway for the people who may have had similar contacts with COVID-19 with the three aforementioned foreign nationals.

The Philippines has had 5 confirmed COVID-19 cases as of Friday. The first three were all visitors from China who visited the country in January. Two of whom survived and one died.

The fourth and fifth cases were both Filipino nationals now restricted to the Muntinlupa-based Research Institute for Tropical Medicine (RITM).