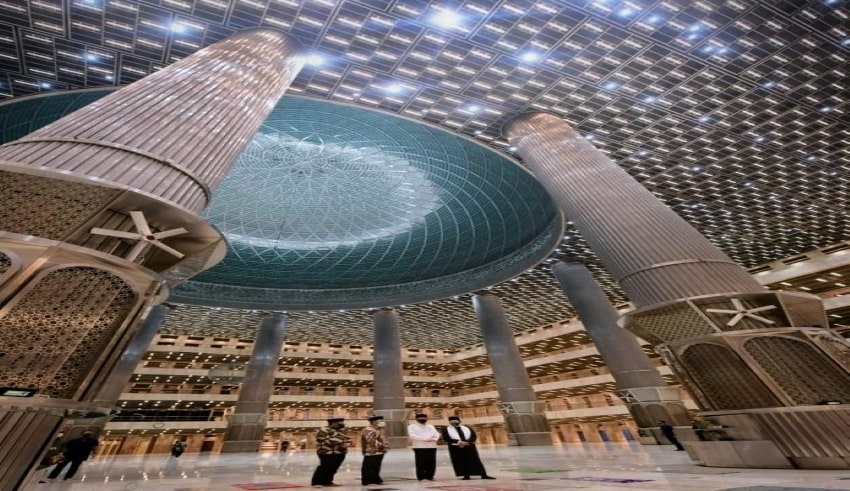 The Istiqlal Grand Mosque will be under construction in compliance with the orders of President Joko Widodo and construction on Public Works and Public Housing was scheduled to be finished last year.
(C) jokowi / Twitter

In accordance with the plan last year, The Istiqlal Grand Mosque will be under construction in compliance with the orders of President Joko Widodo, and construction on Public Works and Public Housing was scheduled to be finished last year.

The opening ceremony was also attended by the Coordinating Minister for Human Development and Education, Muhadjir Effendy, the Minister of Religious Affairs, Yaqut Cholil Qoumas, the Minister of Public Works and Public Housing, Basuki Hadimuljono, the Grand Imam of Istiqlal Mosque, Nazaruddin Umar, and the Governor of Jakarta, Anies Baswedan.

The President also remembered that, after the Indonesian nation achieved independence, the Istiqlal mosque was built 42 years ago as an act of appreciation for the grace of Allah. President Jokowi shared he hopes that not only can the Istiqlal mosque be physically majestic but beyond that, it should become a means of increasing faith and piety in Allah SWT, of empowering the ummah and of preaching the restraint of the Muslims of the world.

Morever, The reconstruction of the largest mosque in Indonesia took 14 months and included about one thousand staff according to the Grand Imam of the Istiqlal Mosque, Nazaruddin Umuar. The renovations have included the construction of an underground tunnel linking the Istiqlal mosque and the Cathedral Church of Jakarta.

Shares of once-buzzing technology companies have been in freefall this year, with some dro…