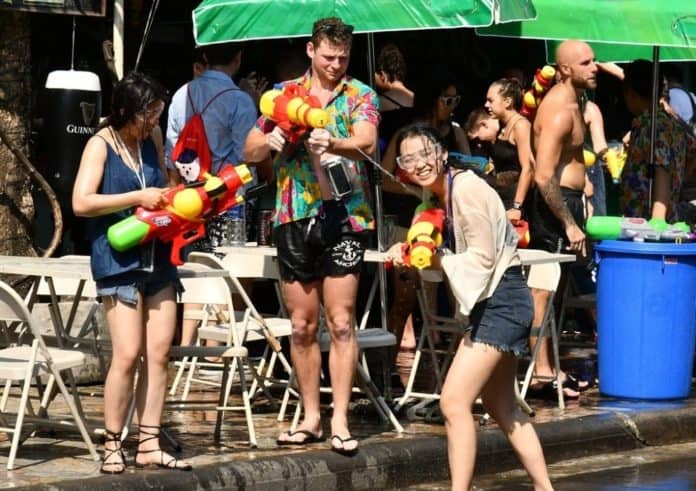 The Songkran party on Khao San Road and activities in two neighbouring communities have been cancelled this year to prevent the possible spread of coronavirus disease.

Piyabutr Jeewaramonaikul, president of the Khaosan Business Association, on Monday announced the decision to scrub the April water-splashing festival there this year. Such a large gathering of revellers could expose holidaymakers to the Covid-19 virus, leading to more cases of the disease, he said . It is the second year running the iconic Khao San Songkran celebration has been cancelled. The activities were called off last year to allow authorities to prepare the area for His Majesty the King’s coronation.

The Songkran party on Khao San Road has been a feature of the festival for more than four decades, with thousands Thai party-goers joining thousands of foreigners in splashing water and other activities. Communities in neighbouring Bang Lumphu and Wisutkrasat areas also agreed to cancel the religious and other related activities, including the Songkran beauty contest, during the Thai New Year celebrations, he  said.

The Bangkok Metropolitan Administration will this week decide whether other Songkran events in the capital will go ahead, or not. Patong Municipality in Phuket has cancelled its Songkran party, and Phuket Bike Week, planned on Patong beach from April 11-18 in conjunction with Songkran, has been postponed until further notice.