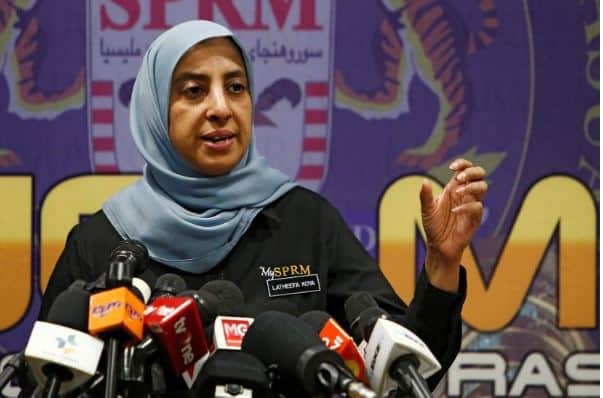 PETALING JAYA – MACC chief Commissioner Latheefa Koya has tendered her resignation as Malaysia’s anti-graft chief, saying she was not pressured into quitting by anyone and just decided to return to her practice as a human rights advocate.

She said she handed in her resignation letter to Prime Minister Tan Sri Muhyiddin Yassin, subject to the King’s approval on Monday

“It was my own decision. Speculation that I was pressure were baseless. I intend to return to my practice as a human rights advocate,” She added.

Latheefa was appointed as chief commisioner of the Malaysian Anti-Corruption Commission (MACC) in June last year by then Prime Minister Mahathir Mohamad.

Her resignation follows the collapse of Tun Dr Mahathir’s Pakatan Harapan (PH) coalition and after the proclamation of Umno and Parti Islam SeMalaysia in the Perikatan Nasional alliance backed Tan Sri Muhyiddin as prime minister on Sunday.

“We had a very pleasant discussion… I also briefed him about our ongoing actions and efforts for the recovery of the stolen 1Malaysia Development Berhad (1MDB) from abroad. He was fully supportive of these actions,” she said in a statement. Latheefa is leaving her post with the fullest confidence that the MACC is capable and will continue to fight against corruption, irrespective of the position or political allegiance of the perpetrators.