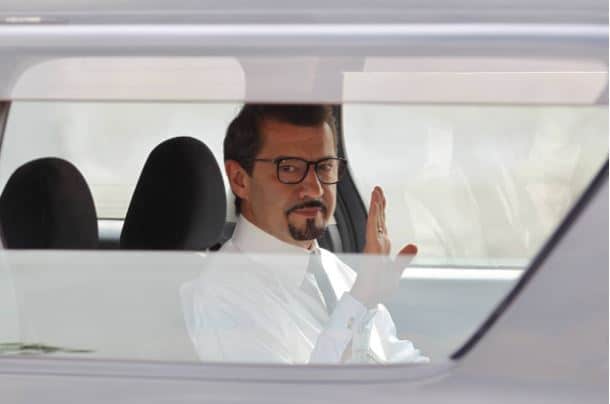 KUALA LUMPUR – In a Facebook post, Andre Xavier Justo said he and his family had to leave the country, noting that they had suffered a lot. He did not disclose details of his return to Switzerland or if it had anything to do with the recent changes and restructure in Malaysia.

He said that he couldn’t take the risk of making the people he love the most suffer again in case things went wrong. He added that they are back but their hearts and souls are with Malaysians. He also thanked those who made sure they left the country without any problems.

“We are fully convinced that Malaysia will wake up soon with a democratic government duly elected,” said Justo.

He was looking for a school for his son, and previously wanted to settle down in Malaysia with his family.  His return to Switzerland, he says, is not the end. “The end will be the day we will surrender and forget our principles, but this will never happen!”

Justo made headlines after sharing information on 1MDB-related documents from oil and gas company PetroSaudi International. This eventually formed the basis for a money-laundering investigation into the state investment fund; but he was also jailed for 18 months, for allegedly demanding payment in exchange for not disclosing confidential data.

After the May 9 election, he met with then PM Mahathir that ordered a fresh investigation into 1MDB and SRC International immediately.

Justo’s social media post comes days after the collapse of the PH government, which has since led to a new government consists of PPBM, Umno and PAS.