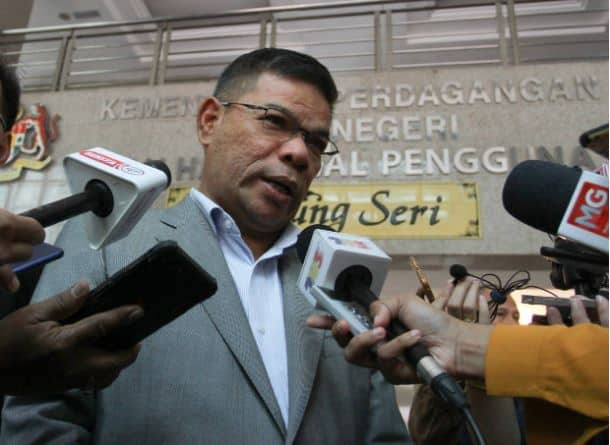 KUALA LUMPUR – PKR secretary-general Datuk Seri Saifuddin Nasution Ismail said that the party is in the process of approving RM10mil in penalty if a member decide to leave the party.

“We are in the process of getting those who defected to pay fine,” Saifuddin told reporters at the Domestic Trade and Consumer Affairs Ministry.

It was revealed that PKR candidates for the 14th General Election signed a waiver preventing them from jumping to another party.

According to PKR, Johor’s Pemanis assemblyman Dr Chong Fat Full is included among 10 state  ex members who swore his allegiance to the new state coalition government.

PKR are also expected  to  bring  up the motion of no-confidence against the Prime Minister in the Parliament.

“We have a couple of things in our line-up, which we will announce from time to time, ” he added.