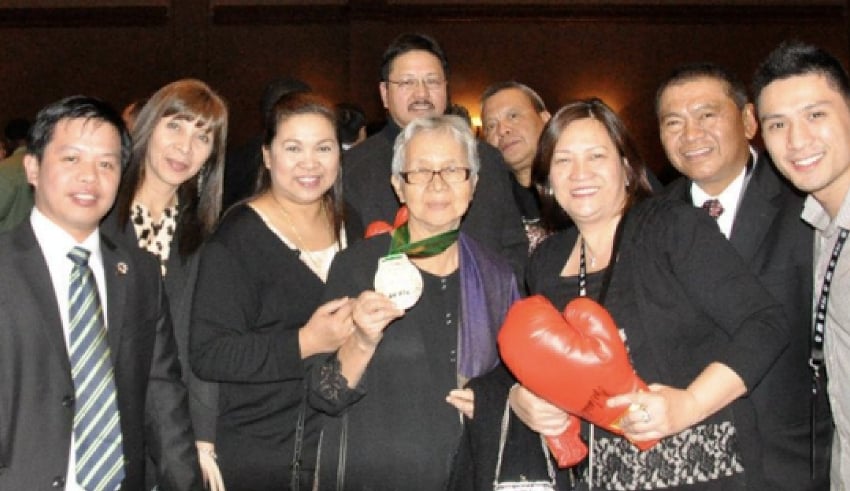 The grand old lady of Philippine boxing succumbed to pneumonia on Sunday morning. She was taken to Perpetual Help Medical Center ICU in Las Pinas three weeks ago due to low oxygen.

Elorde was tested for Covid-19 but the result came negative. She was discharged on Saturday before she died of natural causes at her home inside the Elorde Compound in Sucat Road, Paranaque, Manila, Philippines.
Laure Elorde married “Flash” Elorde in 1954. Flash Elorde, the longest junior lightweight world champion in history, became the first Asian inducted into the International Boxing Hall of Fame in 1993. He passed away on Jan. 2, 1985 at the age of 49.

They were blessed with seven children: Gabriel “Bebot”, Johnny, Theresa, Marty, Rita and Cucuy. She also left behind 21 grandchildren and eight great-grandchildren.