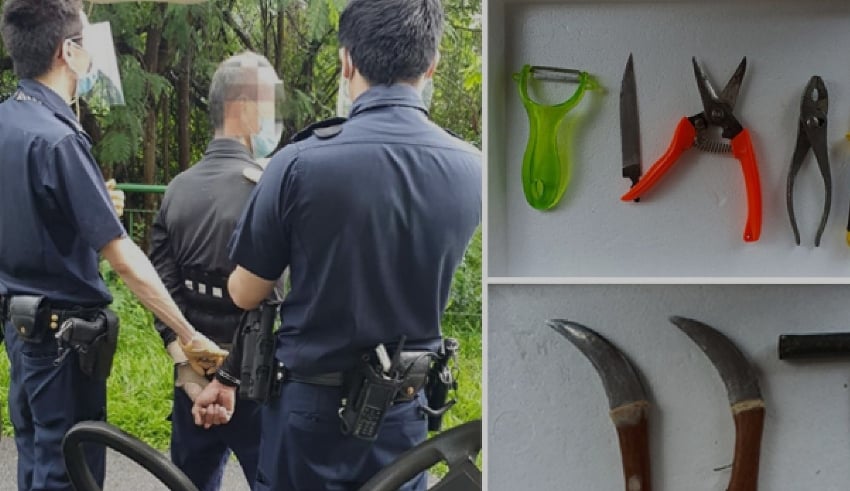 SINGAPORE – A 61-year-old man has been arrested by the police for attempted murder after he allegedly stabbed a National Parks Board (NParks) officer at Sengkang East Drive and and fleeing on bicycle.

The man was seen without a face mask and cutting plants illegally were the NParks officers are installing SafeEntry signs at the park connector.

When the officers approached him, the man stabbed one of them with a knife. The victim suffered serious injuries to his chest, arm and hand. He was taken to Changi General Hospital.

The suspect were later arrested an hour and a half after his identity was established.

Photographs released by the authorities showed several sharp tools found in the suspect’s possesion, including a knife blade, fruit peeler and pliers. The suspect will be investigated for possession of offensive weapons in public places and will be charged in court for attempted murder under Section 307 of the Penal Code, Chapter 224. If found guilty, he faces up to 15 years’ jail and a fine.