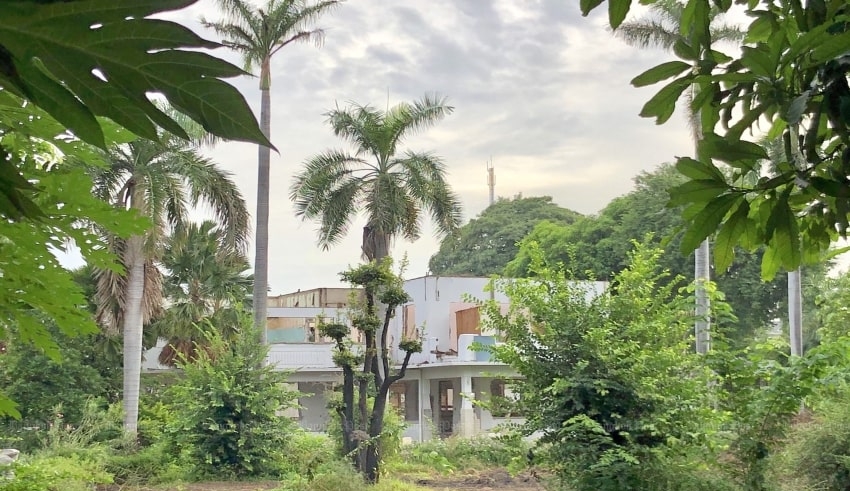 Here’s the recent happenings according to military sources, the residence of Si Sao Thewes, the long-time home of the late Gen Prem Tinsulanonda, a former prime minister, statesman, and president of the Privy Council, is being demolished. It is recognized as Ban Si Sao as well.

In 2019, the Army returned the historical home and grounds to the Crown Property Bureau, the sources said. Gen Prem died in May of this year. The military officers’ living quarters and other buildings on the site have already been demolished, and the demolition of the residence of Si Sao Thewes is almost complete. Just a small portion of the building remains, and concrete rubble.

There has been no public announcement about what the property will be used for. Formerly, there was a scheme to convert a building on one side of the grounds into a museum of precious forests, used as an army club.

When he was Army Leader, Gen Prayut Chan-o-cha presided over the laying of the foundation stone for a new army club there. This proposal was cancelled.

The residence Si Sao Thewes was named after the nearby intersection of Si Sao Thewes, where four massive power poles were found in the past. The name did not come, as many people suppose, from the fact that the building had a porch with four supporting posts. The Si Sao Thewes residence was house number 279 on Si Ayutthaya (formerly Duang Tawan) road in Dusit district of Bangkok, according to the official domicile registry.

Once upon a time, it was an official residence of Field Marshal Sarit Thanarat, a former chief of the army, leader of the miitary coup of 1957 and 11th prime minister of Thailand. Gen Prem moved to the residence in 1979, after being appointed chief of the army in 1978. Until his death, he remained there, acting as the 16th prime minister of Thailand and later president of the Privy Council.

There was a custom for close associates of Gen Prem from different circles and armed forces commanders to meet for breakfast at the Si Sao Thewes residence.

On important occasions such as the birthday of the New Year, Songkran and Gen Prem on Aug. 26, it was usual for the country’s leaders-military top brass, high-ranking police and officials-to assemble at Si Sao Thewes residence and seek the blessing of Gen Prem. This demonstrated how strong a figure he was and how powerful.

The residence of Si Sao Thewes remained powerful for about 40 years until his death on May 26, 2019-while Gen Prem was army chief, prime minister, president of the Privy Council and statesman. The iconic residence is already a thing of the past today, but it will surely remain in the minds of people, and in history books.