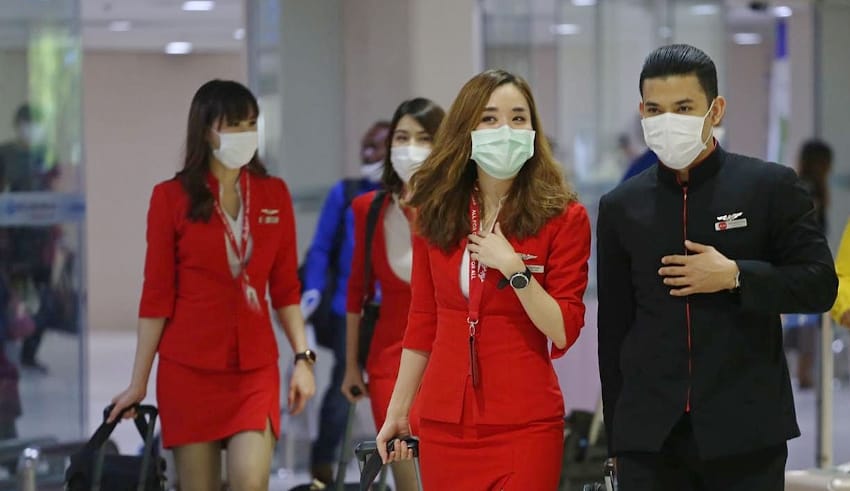 Low-cost airlines are not immune to the threat of the coronavirus pandemic and plan to reduce or scrap routes to four major destinations — Japan, South Korea, India and China — while tourism operators say the battered stock market will further weaken travel sentiment.

The suspension follows the decision to temporarily halt services on all routes connecting to mainland China until March 31. Thai Air Asia also plans to stop all services to India, which yesterday had its first confirmed coronavirus death. The Indian government has suspended all tourist visas from March 13 to April 15 to prevent further spread of the disease and will operate some flights to India to fly back the remaining Indian guests in Thailand. All routes from Bangkok to eight destinations — Bangalore, Chennai, Kolkata, Jaipur, Gaya, Varanasi, Kochi and Ahmedabad — will be paused until April 15.

Operators also want regulations ensuring that at least 3 billion baht out of 150 billion baht in soft loans will be directed to the tourism segment within this month.

While Thailand has not issued an official statement to ban international arrivals from certain countries, the cancellation of visa-free and visas on arrival for some countries is curtailing tourists already, said Vichit Prakobgosol, president of the Association of Thai Travel Agents.