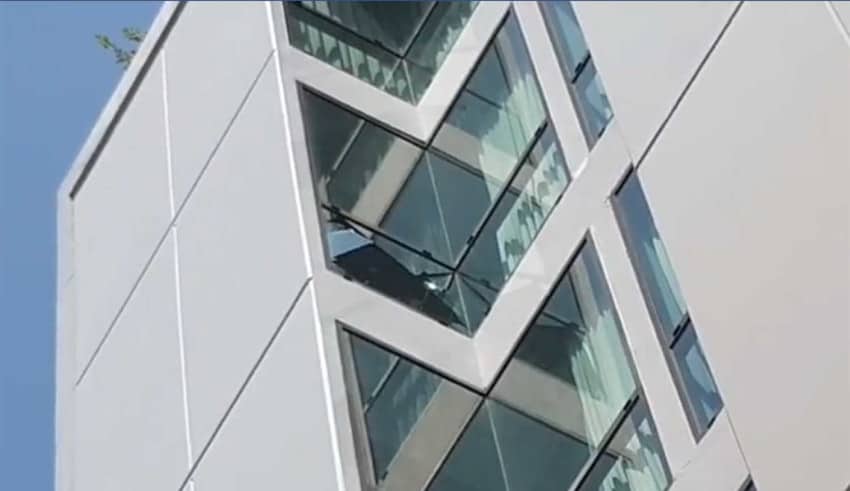 The body of a Chinese man who fell to his death from a Bangkok hotel on Friday was left at the scene for more than six hours because rescuers were afraid of contracting coronavirus if they handled it. The 39-year-old man, whose name was withheld pending notification of relatives, fell from the sixth floor of the seven-storey building in Makkasan, said Pol Lt Col Khanittha Thepnual, investigation chief at the Makkasan station, who was alerted at around 12.30pm.

Police, Ramabhibodi Hospital medical staff and rescue workers who rushed to the scene found the body of the man in a black T-shirt and black shorts, lying face-down on a path beside the hotel. Pieces of broken glass were scattered over the area, Thai media reported. Police said the man had been staying in a room on the sixth floor. A search of the room found many face masks, along with a broken mobile phone on the floor. A hotel security guard told police that he heard a loud noise, like a large object striking glass. He looked around and did not see anything initially, but then saw pieces of broken glass falling to the ground, followed by a black object. He ran to check and found it was a human body.

Thai media reported that officers had tried to contact the Department of Disease Control to send officials to inspect the body as the man was from Fujian province, an area with high coronavirus infection risk. However, the request was rejected. Rescue workers also were not sure how to proceed and were concerned about Covid-19 infections, according to Thairath and Khaosod.

Ramathibodi Hospital was given the job of examining the body in the afternoon, but it reportedly did not have protective gear for its personnel. It was not until 7pm when hospital staff in full protective suits showed up to take the body for autopsy.