The Asian Affairs > Latest News > Geo Politics > Mahathir stepped down because “he felt that PPBM listened more to his political secretary than him,” says Kadir Jasin 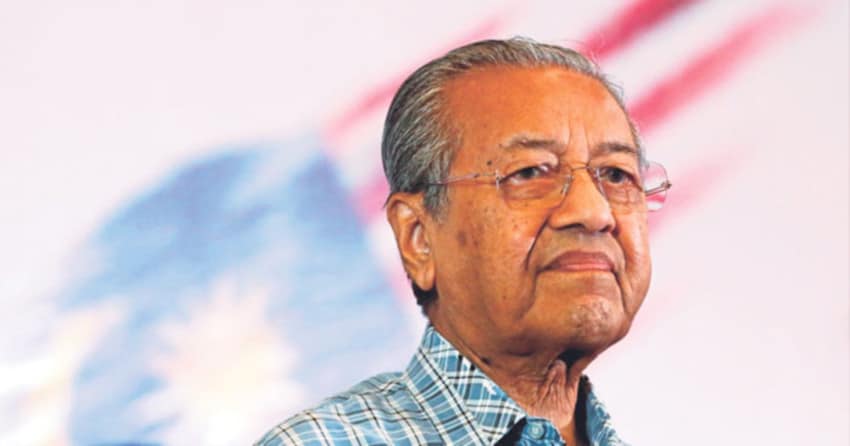 Tun Dr Mahathir Mohamad resigned as prime minister on Monday, but was eventually appointed by the king as an interim prime minster until a new one is decided.

According to interim premier’s media adviser Kadir Jasin, Dr Mahathir appealed to Parti Pribumi Bersatu Malaysia (PPBM) leadership council not to force him to renounce his principles and promise of power transition to Datuk Seri Anwar Ibrahin after APEC in November 2020.

He added that at the meeting last Sunday, Dr Mahathir explained the instruction the PH Presidential Council had given him last Feb 21, Friday. However, the council did not listen to him and so, he later resigned as party’s Chairman.

It was reported that the party’s supreme council did not accept his resignation after they attended another special party meeting on Monday, Feb 24. Dr Mahathir was unexpectedly visited by the leaders of his party and requested him to retract his decision.

Kadir Jasin said that Dr Mahathir is not treating the party’s prior as an urgent matter since there are many more important matters that require the PM’s attention— managing the economy, steadying the capital market, continuing with the proposed economic stimulus package, consulting with top civil servants and meeting leaders of the main political parties, among others.

Dr Mahathir also would like to understand the extend of support . “Do they support him because they genuinely want him to carry on and lead the country, or because they don’t want their opponents to win? If the support is real and there’s no other candidate, he can start forming a new government,“ Kadir said. He said what will be the type of government Mahathir decides on, one thing is certain, generally corrupt officials are not welcome.