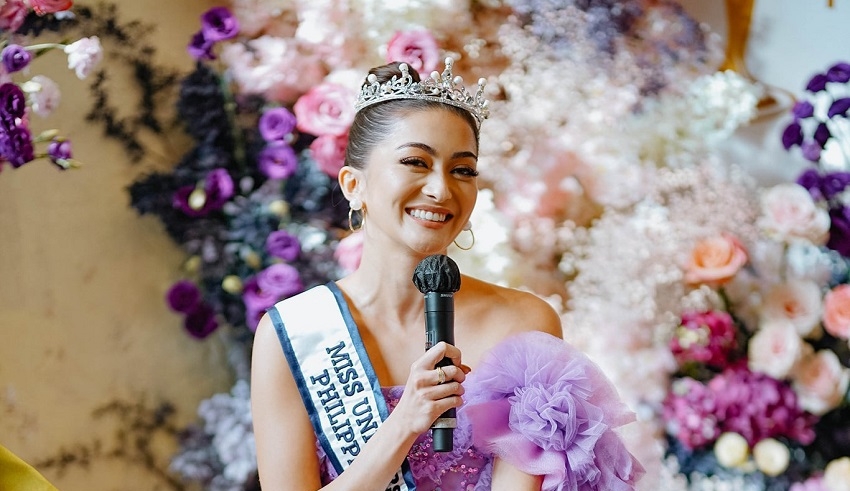 In this article, we will take a look at the top 7 Miss Universe Philippines 2023.

Victoria Velasquez Vincent is a New Zealander who was raised in Auckland and is a heritage conservationist and architect. She speaks both English and Filipino with ease. Vincent’s parents, an Irish father and a Filipino mother, met while living in New Zealand. Josephine Martinez Velasquez, her mother Vincent is a Filipino who hails from Bacoor, Cavite.

Filipino model and former beauty queen Maria Ingrid Santamaria. She was crowned the Reina Hispanoamericana Filipinas on June 5, 2022. She also received the Non-Fungible Beauty Award and the Top Model Award.

Filipino beauty queen Rousanne Marie “Ayn” Bernos also works as an entrepreneur and model. Out of 100 contestants, she placed in the Top 16 for Miss Universe Philippines 2021. She received the second-most votes overall for both the video introduction challenge and the headshot competition. She placed third in the interview challenge.

Filipino model and former beauty queen Isabelle Delos Santos. Among the 100 contestants for the Miss Universe Philippines title in 2021, she placed among the Top 30. Isabelle Delos Santos placed number 15 in the headshot challenge and number 12 in the video introduction task. She was also picked for the interview challenge’s fourth spot.

One of the top women competing in the pageant’s interview challenge is Megan Julia Roa Digal of Bukidnon. Megan represents Bukidnon in the Miss Universe Philippines contest. One of the top women competing in this weekend’s interview challenge for the pageant is Julia Roa Digal. The group published the results, and Cavite native Victoria Vincent, a recent graduate in architecture, came out on top.

The 18-year-old Miss Universe Philippines contestant Simone Nadine Bornilla is one of the last 30 women to fight for the title. Even though Bornilla is a novice in the Miss Universe Philippines pageant scene, she has repeatedly shown that she is a force to be reckoned with. Here are few things you should know about the lovely daughter and pride of Marinduque as the coronation night approaches.