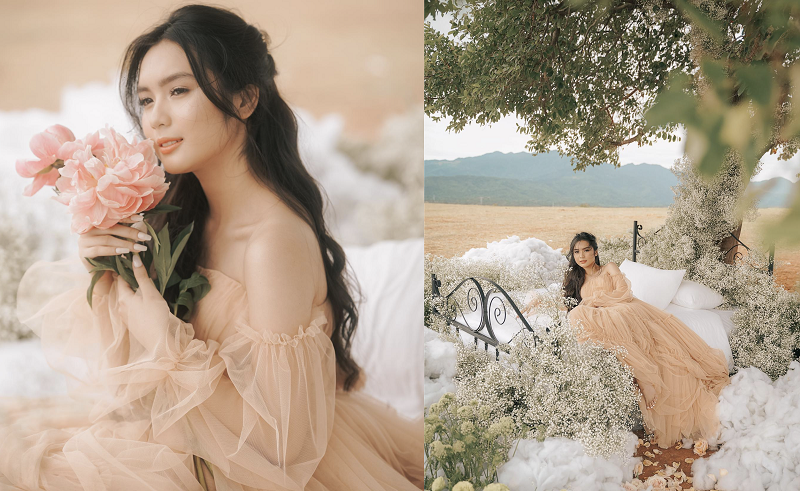 From Sharon Cuneta's and Vilma Santos' to Nadine Lustre's and Kathryn Bernardo's, each generation offers a fresh crop of actresses that dominate their eras.
(C) Wheninmanila

Many newcomers to the local entertainment scene have gone on to become well-known household stars. Each age presents a new crop of actresses who rule their own eras, from Sharon Cunetas and Vilma Santos to Nadine Lustres and Kathryn Bernardos.

Gen Z is no exception. Recently, a few innovators have suddenly sprung on the scene, and it’s hard to ignore them. We can be sure that we’ll be seeing more of these women in the near future, whether they’re working online or on the big screen.

Here are the eight most promising Gen-Z Filipina actresses:

At the young age of nine, Belle Mariano made her professional debut as a cast member in the comedy-skit play Goin’ Bulilit. She was cast in a few teleseryes as the younger version of female leads because to her angelic nature.

After joining the Star Magic Circle in 2019, she eventually secured her own space in the spotlight. Due to this, she and Donny Pangilinan formed the beloved love duo DonBelle on the hit television show He’s Into Her. In addition to reprising her role as Maxpein in the iWantTFC series, Belle is gradually launching a music career.

Francine Diaz’s career is a story of tenacity and courage despite her difficult upbringing. In her early years, the family’s sole provider would go audition after audition in an effort to land as many jobs as she could.

After playing little parts in a few ABS-CBN dramas, she landed her biggest role when she was chosen to play Cassie Mondragon in Kadenang Ginto in 2018. From there, the 18-year-career old’s only continued to flourish; her most recent web series, Bola Bola, is currently available for viewing on iWantTFC.

Gillian Vicencio used to solely appear in advertisements, but recent successes show she’s headed for greater platforms. Four years ago, she made her acting debut in the suspense thriller Eerie as Eri, sharing the screen with seasoned actors Bea Alonzo and Charo Santos-Concio.

Her good fortune was only beginning; in 2020, she landed leading parts in the Boys’ Love serial Hello Stranger set during the pandemic and the family comedy Four Sisters Before the Wedding.

Charlie Dizon, who portrayed one of Gillian’s on-screen sisters, has also enjoyed a very successful recent period. The Batanguea made her television debut in the Liza Soberano and Enrique Gil-fronted series Bagani before making an appearance in the Four Sisters prequel.

In the year 2020, Charlie’s gripping performance in Fan Girl earned her the prestigious Best Actress Award at the Metro Manila Film Festival. Her lead part in Viral Scandal, which stars Jameson Blake and Joshua Garcia as her romantic interests, came after this.

After her time on Pinoy Big Brother, Vivoree Esclito took steps to ensure that she wouldn’t disappear into obscurity. The Bohol native has battled for possibilities to break into the industry as a TV personality and music artist ever since she made an appearance on the reality show.

She has now added supporting roles in the Kapamilya TV series He’s Into Her, Hello, Stranger, and Huwag Kang Mangamba to her acting career.

Andrea Brillantes is no longer a stranger to us at this time. She has over 30 TV programme and movie credits at the age of just 19, and she has starred in the lead roles in several of those productions since 2010. (Annaliza and Kadenang Ginto only being two of them).

Andrea is undoubtedly no longer a kid star, and we can only anticipate that she will continue to develop professionally. Her most recent offering to the audience? She will star in the iQIYI TV show Lyric and Beat with Seth Fedelin as the lead.

It would be dismissive to refer to Angelina Cruz just as “one of Sunshine Cruz’s daughters” given all that the 20-year-old has accomplished thus far. Her career as a musician is flourishing, and new songs like Ayoko Lang and Roses & Sunflowers are frequently added to our playlists.

In Love is Color Blind, she recently made her big-screen debut alongside Belle Mariano, Donny Pangilinan, Jeremiah Lisbo, and Esnyr Ranollo. All of this was beautifully accomplished by Angelina, who is currently studying marketing management at De La Salle University and is a model student.

Kyline Alcantara, then seven years old, went to a Goin’ Bulilit open call and tried her luck in the entertainment industry. She and her mother regrettably arrived at the location too late. However, Kyline was still able to secure a modest role in both ABS-CBN and GMA, giving her some optimism that all was not lost.

Her iconic performances in Annaliza, Kambal, Karibal, and most recently I Left My Heart in Sorsogon have made her well known today. She’s a regular host of the variety show All Out Sundays and a gifted, burgeoning vocalist, so she’s quite adept on the mic as well.