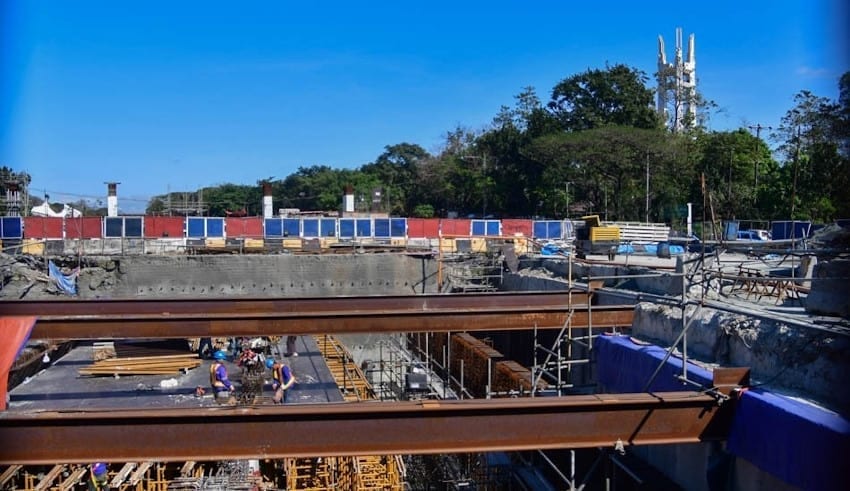 Quezon City Mayor Joy Belmonte lifted the temporary cease and desist order issued in the Quezon Memorial Circle against the above-ground construction of the MRT-7.

Advertisement Belmonte declared the lifting after the new structure proposal proposed by EEI and San Miguel Corporations had been accepted by the officials concerned.

The were very pleased today that they not only succeeded in preserving their park, but at the same time they have managed to ensure that the people have sufficient mass transport.

Belmonte issued the order after the authorities found that the floor area of the original design was more than five times the size defined in the permit and clearance of the projects, and would impact the national heritage park.

Because the MRT-7 project structure was smaller now, Belmonte notes, it would no longer block the view of the 66-meter-tall mausoleum of President Manuel Quezon.

The mayor also expressed her thanks to all involved parties and said the deal was a “win – win situation.”

Meanwhile, under-secretary for transport John Batan was optimistic that the MRT-7 project was on track.

The project would be partially operable by 2021 according to Batan.

The MRT-7 was expected to cut to just 35 minutes the two-hour journey time from Manila to Bulacan.