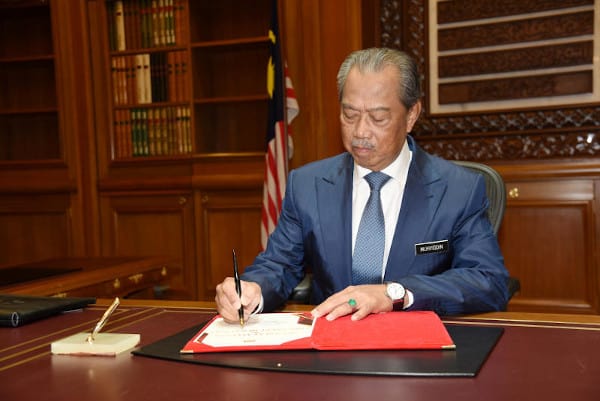 Malaysia’s new Prime Minister Muhyiddin Yassin has pledged to fight corruption and strengthen governance, saying he is no traitor but stepped in to save the country from political turmoil.

Muhyiddin, 72, was named prime minister on Saturday by the country’s monarch after a weeklong struggle for power following Mahathir Mohamad’s sudden resignation amid bickering in his former coalition. The new ruling alliance consists of defectors like Muhyiddin who aligned with the Barisan Nasional coalition that lost power in 2018 after running the country for six decades. Mahathir had said he felt “betrayed” by Muhyiddin, until recently his right-hand man, and seeks an urgent confidence vote in parliament to show he has the numbers to form a government. The political uncertainty, combined with a global equity selloff, sent Malaysian stocks tumbling to an eight-year low on Monday.

Muhyiddin also pledged to continue with the previous government’s Shared Prosperity Vision 2030, a move to push for equitable development and to elevate living standards. “For a start, I promise to appoint cabinet ministers from among those who are clean, have integrity, and capable,” he said. “My government will also give priority to efforts to improve integrity and good governance.”