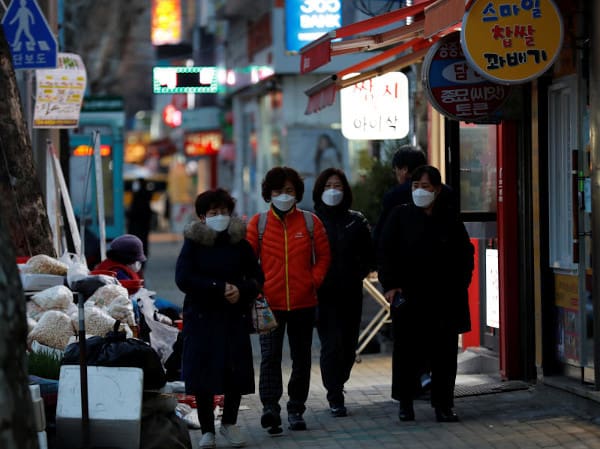 Illegal workers returning home from South Korea to escape the Covid-19 epidemic are being put into voluntary self-quarantine because there is no law requiring they be quarantined, Deputy Prime Minister Prawit Wongsuwon said on Tuesday.

On Monday, Suwanchai Wattanayingcharoenchai, director-general of the Disease Control Department, said the Public Health Ministry was considering whether to apply the same measures as applied to the Wuhan cases. When 137 Thais returned to Thailand from Wuhan early last month, they were all quarantined for 14 days. The ministry has been forced to consider more strict measures as thousands of illegal Thai workers in South Korea, known as phi noy (little ghosts), have been returning home. There are roughly 20,000 Thais working legally in South Korea, and at least 140,000 illegal workers.  Asked how checks could be kept on the returnees, to ensure they do not leave their homes and go to public places, Gen Prawit said they could only be asked not to do that. There was no law to prevent them do so.

The Labour Ministry said on Monday that legal Thais were staying in South Korea to serve out their contracts, but 4,000 illegal labourers have returned home since December. What scared Thai officials was that many illegal workers returned to Thailand from Daegu, the centre of the virus outbreak in South  Korea. The return of the illegal Thai is mainly due to a policy of the South Korean government to allow overstayers to leave – part of a campaign to discourage illegal workers. Those illegally living in South Korea who leave are not being charged with overstaying and not being put on a blacklist. Others decided to return due to fear of the virus.

The Public Health Ministry said on Tuesday health volunteers across the country will be employed to monitor the health of Thais returning from South Korea.