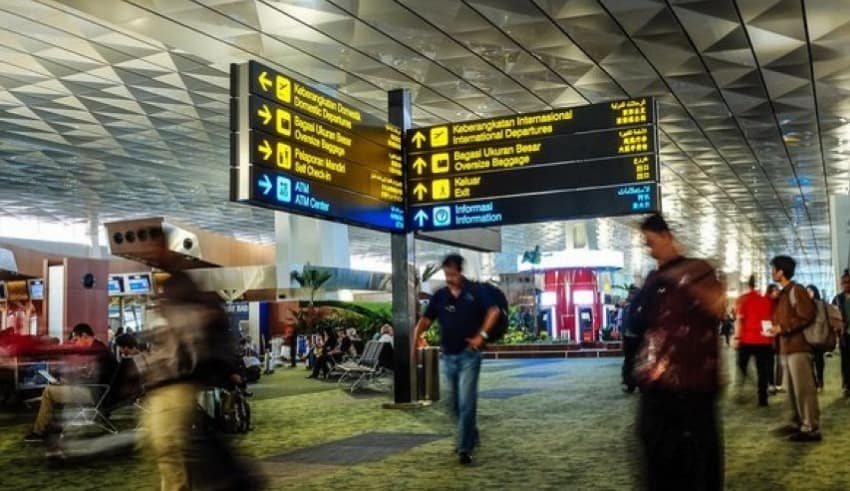 AP II Claims The Number of Passenger Plane Starts Up Ahead of New Normal
(C) Tirto.Id

State-owned airport operator PT Angkasa Pura II (AP II) noted the request for the use of airport services in line with the adaptation of new or new normal life.

The adaptation period which began on June 8, 2020, the number of passengers on domestic and international routes began to creep up.

Recently issued Transportation Ministry circular letter no. 13/2020 allows for an increase in passenger numbers per flight to 70 percent of the respective aircraft’s capacity, up from the previous 50 percent.

The number then doubled on 10 June 2020 to 14,700 passengers, with the highest number recorded by Soekarno-Hatta Airport, which reached 6,038 passengers.

“The number of passengers is slowly rising and stakeholders in our airports are working to ensure the health protocols are implemented,” the company’s president director Muhammad Awaluddin said on Thursday, June 11, in an official statement.

He said that at this time a number of airlines, such as Lion Air, had also resumed operations following Garuda Indonesia and Citilink which had operated earlier.

During the adaptation of new habits, PT Angkasa Pura II remains consistent in implementing the Smart Airport concept that can support current operations and services and when entering a new normal era.

The implementation of Smart Airport, among others, is through the presence of various touchless facilities such as smart helmets, as well as integrated information technology systems to maintain the smooth operation of airports in all conditions.

To prevent crowding at airports, AP II is also planning to launch a mobile application called Travelation to allow passengers to upload the required documents to board and simplify the checking process.

For example a PCR test result or rapid test to be digitally checked, so that the inspection at the airport can be done more simply but still strictly.