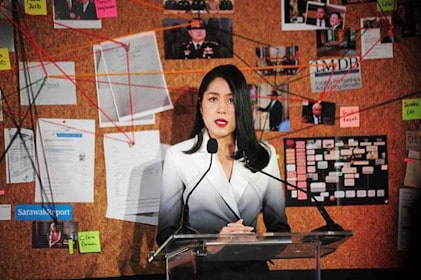 Pol Lt Gen Piya, the office spokesman, said Pol Gen Chakthip Chaichinda, the police chief, wants the legal office to examine a recording of Ms Pannika’s allegation, made on Sunday during an off-parliament debate against the government, to see if her statement broke any laws.  He said the government, several government agencies and officials were implicated by the statement. This could ruin the credibility of government offices and confuse the public.

“From a preliminary examination, the statement was found to contain distorted and false information,” the police spokesman said.

Deputy Prime Minister Prawit Wongsuwon strongly denied the accusation made by Ms Pannika. He said government spokeswoman Narumon Pinyosinwat had already said the government was considering taking legal action over the matter. Asked whether the Future Forward Movement, the renamed FFP, would be especially under watch, Gen Prawit said the government kept an eye on all parties deemed to be violating the law. “We can’t stop her speaking. I don’t know how she got the information,” he added.

Gen Prawit declined to comment when asked  it was possible the information used by Ms Pannika came from the Immigration Police Bureau.