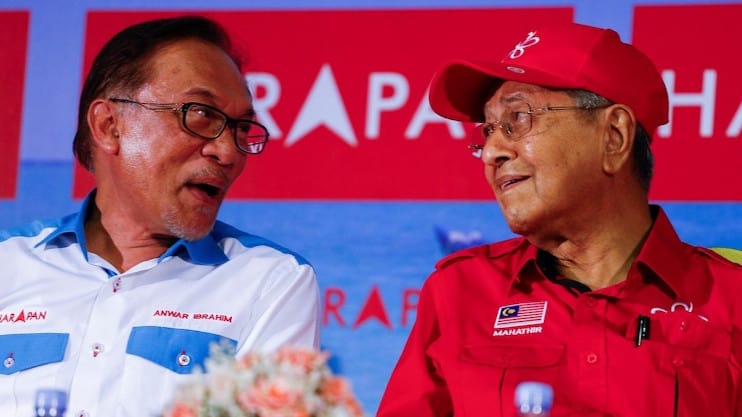 KUALA LUMPUR – Malaysian Islamic Party (PAS) has claimed that transition of power agreement between Prime Minister Tun Dr Mahathir Mohamad and Datuk Seri Anwar Ibrahim were not in accordance with the Federal constitution.

“According to Article 40(2) (a) and 43(2)(a) of the Federal Constitution, the Yang di-Pertuan Agong does not require the advice of any quarter in the appointment of a Prime Minister who in his judgment is likely to command the confidence of the majority of the members of Dewan Rakyat.”

“As such, the ‘Transfer of Power Agreement’ which is said to be dated Jan 7, 2018, limits the tenure of PM Mahathir which will be succeded by Anwar Ibrahim and if it really exist, then it is unconstitutional and is not valid since ‘Power Transition Agreement’ was agreed before PH received its mandate through GE14.”

“It is very strange that the Power Transition Agreement was inked by a party who had yet to gain and receive power,” he said in a statement today. PM Mahathir had said that he would transfer power to Anwar but only after the Asia-Pacific Economic Cooperation Summit (APEC) in November. To check more latest news from malaysia