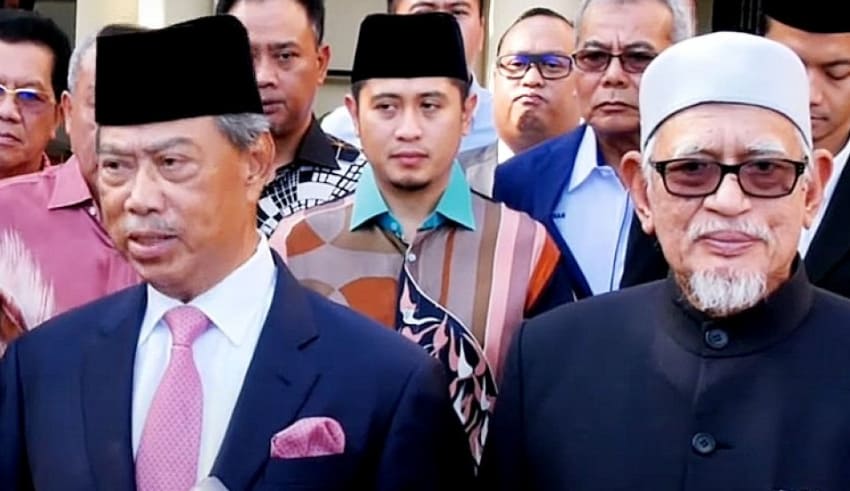 PAS today pledged its commitment to Perikatan Nasional (PN), saying it would work hard to enhance cooperation with the alliance’s two other Malay parties, Umno and PPBM.

The Islamist party said it was also committed to the Memorandum of Understanding signed by leaders of Barisan Nasional, PPBM as well as Sabah and Sarawak parties following the collapse of Pakatan Harapan ( PH) last February, while it was bound by a charter it signed with Umno last year.

PAS Secretary-General Takiyuddin Hassan said that PAS reiterates that the political partnership between BN and PPBM in particular has been strong and has effectively improved the role of the PN government as the government of the day.

The PN coalition government was formed after the resignation of Dr Mahathir Mohamad, after Muhyiddin Yassin was sworn in as prime minister. Early last month, by reminding the two parties of their agreement, FMT announced plans to get Malay MPs from PAS and Umno to defect from PN to create traction against Muhyiddin.

Last year, the charter of the Umno-PAS was signed to bring about a strong political force in Malay. But a PAS source had then said the party sticked to the PN.

PAS will continue to be committed to supporting and defending the PN government led by Muhyiddin Yasin along with members of all parties from the Cabinet. He said the ruling parties were also prepared in the probability of a general election to finalize the allocation of seats.

In view of this, PAS is optimistic that the solidarity and openness shown by PN leaders would improve the role of the PN Government at both the federal and state levels before the end of the current term.